Radiation may cause triple-negative breast cancer to keep growing 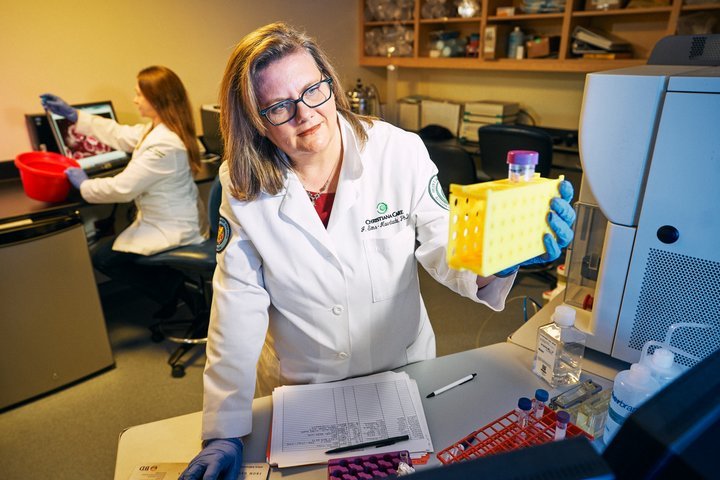 Triple-negative breast cancer both grows and spreads more rapidly than other invasive forms of breast cancer.

A driving force behind its growth may be inflammation caused by radiation, according to a new study published in the International Journal of Radiation Biology.

"This is the good and the bad of radiation," said Jennifer Sims-Mourtada, director of translational breast cancer research at ChristianaCare in Delaware. "We know radiation-induced inflammation can help the immune system to kill tumor cells – that's good – but also it can protect cancer stem cells in some cases, and that's bad."

Triple-negative breast cancer cells do not produce high levels of the hER2 protein and lack estrogen and progesterone receptors.

The cancer form accounts for 15% to 20% of all breast cancers. It is more common in women under age 40, who are African-American or Latina, or have a BRCA1 gene mutation.

As part of the study, researchers exposed both triple-negative breast cancer stems cells and non-stem cells to radiation. They found that it caused an inflammatory response that activated a pathway known to play a role in the development of cancer stem cells. The mechanisms remain unclear, but researchers say the pathway is an important trigger.

"What's exciting about these findings is we're learning more and more that the environment the tumor is in – its microenvironment – is very important," Sims-Mourtada said. "Historically, research focused on the genetic defects in the tumor cells. We're now also looking at the larger microenvironment and its contribution to cancer.

Researchers want to better understand the inflammatory response so they can prevent new cancer stem cells from developing, she said.

"My work focuses on cancer stem cells and their origination. They exist in many cancers, but they're particularly elusive in triple-negative breast cancer. Their abnormal growth capacity and survival mechanisms make them resistant to radiation and chemotherapy and help drive tumor growth."