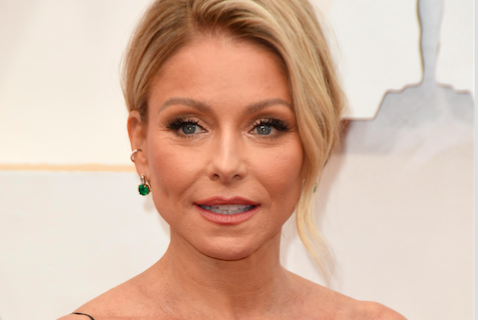 Kelly Ripa quit drinking alcohol for good after she and her friends took a month off together three years ago. The actress and daytime TV host never looked back because she felt better without drinking.

All it took for Ripa to stop for good was a casual one-month hiatus from drinking.

The "Live with Kelly and Ryan" host who grew up in Stratford, Camden County, explained to People that she and her friends collectively agreed to stop drinking for a month, just to see how it felt.

While Ripa said she was never a heavy drinker, she realized that even a glass or two of wine would leave her feeling unwell the next day. Taking a break from that intuitively felt better to her than picking up another glass after the month off had ended.

Twenty-five years ago, the decision to quit smoking was much more difficult and required a conscious effort. Others also praised her for cutting out cigarettes, whereas the reaction to stopping drinking has highlighted the social pressures and conventions around alcohol.

"I quit drinking and everyone’s like, ‘Why did you quit drinking?’" Ripa said. “I’m not comparing cigarettes to alcohol, but for me it was just like, I don’t do that anymore. I felt better so I just stopped.”

Ripa's story is a strong reminder that the decision whether to drink or not is just as personal as anything else that affects one's health.

Alcohol has been blamed for an increasing number of deaths in the United States, partly driven by a rise in fatalities caused specifically by alcohol-related liver disease.

While light and moderate drinking are an integral part of social life for many in the U.S., those who find that alcohol has a detrimental effect on their health may want to consider the experiment Ripa and her friends tried. Health experts say alcohol-free periods, like the popular Dry January practice, can help people sleep better and feel less anxious, as well as lose weight, even if alcohol isn't eliminated altogether in the long-run.