Alcohol blamed for deaths of an increasing number of Americans 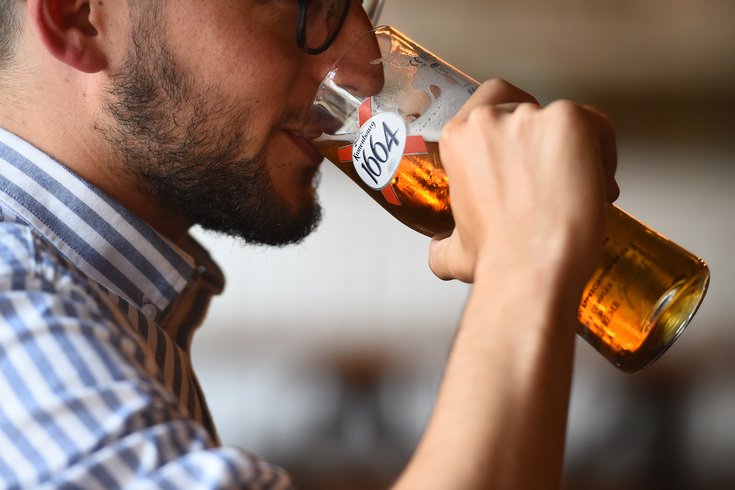 A new study shows the number of Americans who have died from alcohol-related issues annually more than doubled between 1999 and 2017.

As many Americans take up Dry January, a new study revealed that more Americans are dying from alcohol-related causes.

The study, published Wednesday in the journal Alcoholism: Clinical and Experimental Research, found that the number of Americans who have died from alcohol-related issues annually more than doubled between 1999 and 2017.

Researchers from the National Institute on Alcohol Abuse and Alcoholism used death certificates from that timeframe as the basis of the study. They were able to determine that the number of alcohol-related deaths rose from 35,419 in 1999 to 72,558 by 2017.

Roughly half of these deaths came from liver disease or overdose from alcohol or alcohol mixed with other drugs, the study concluded. While men have died from alcohol-related issues at a higher rate than women, non-Hispanic white women saw the largest annual increase in fatalities caused by alcohol, according to the researchers.

The rates of alcohol-related deaths for people between the ages of 55-64, as well as for non-Hispanic American Indians and Alaska natives, also increased. However, the study did say that the number of alcohol-related fatalities was likely undercounted because death certificates sometimes do not capture the role that alcohol plays in a person's death.

Dr. Elliot Tapper, an assistant professor at the University of Michigan, told CNN that the results of the new study are legitimate.

"When multiple researchers come to the same conclusion using different methods, I can tell you for certain these results are valid," Tapper said to CNN.

Since the turn of the 21st century, Americans have been drinking more alcohol. Per capita consumption of alcohol has risen by about 8%, and binge drinking is up roughly 7% in the same timeframe, according to CNN.

About 70% of adults said they drank in 2017, averaging a little more than two drinks per day. From 2006-2014, the number of people admitted to the emergency room because of alcohol increased over 47% among people older than 12, according to CNN. Alcohol-related hospitalizations increased more than 51% between 2000 and 2015.