The former president made the official announcement on Friday. This further boosts the candidate who was already ahead in the polls. 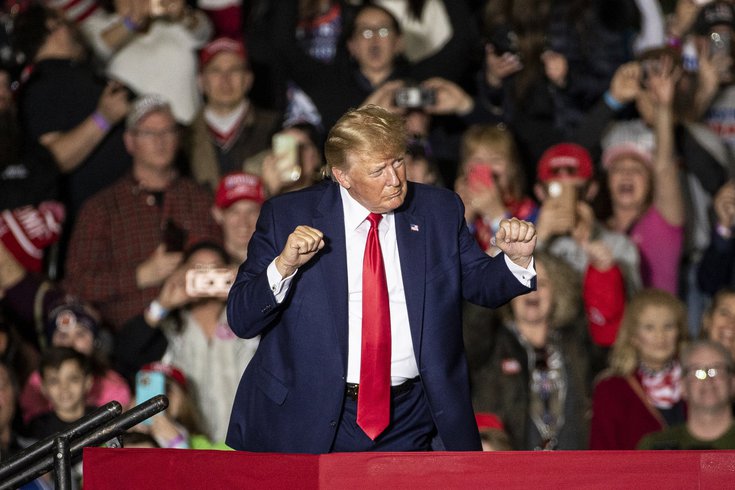 Former President Donald Trump has endorsed state Sen. Doug Mastriano in the Pennsylvania GOP governor's primary. The image is of Trump at a rally in Michigan.

State Sen. Doug Mastriano has won the coveted support of former President Donald Trump in his campaign to become the commonwealth's next governor.

Mastriano was already outperforming all of his competition by double digits in several polls, but the endorsement has further solidified his lead.

The senator who represents a district centered on Adams County was outside the U.S. capital during the January 6 insurrection.

Since then, he has spread false conspiracy theories about the 2020 election and pushed for its results to be overturned, something that won him points with Trump and his base.

The former president lauded Mastriano for this stance in his endorsement statement, which notes that the U.S. Army veteran supported Trump's 2016 campaign from the beginning.

“There is no one in Pennsylvania who has done more, or fought harder, for Election Integrity than State Senator Doug Mastriano,” Trump wrote according to the Associated Press. “He has revealed the Deceit, Corruption, and outright Theft of the 2020 Presidential Election, and will do something about it.”

But some Republicans worry that Mastriano, who has been described as a "Christian nationalist," is too extreme to beat sole Democratic gubernatorial candidate Pennsylvania Attorney General Josh Shapiro.

Polls have predicted this outcome and Shapiro agrees that Mastriano would make easy competition. This is why the AG has encouraged Mastriano's candidacy through campaign ads.

Many of the former president's advisors and allies, including Fox News commentator Sean Hannity, discouraged him from endorsing Mastriano.

Trump was also reportedly skeptical of the candidate at first, but he was impressed by Mastriano's performance in the polls and made his final decision on Friday.

Much of Mastriano's competition in the primary is still running, but two establishment candidates have dropped out in recent days and thrown their support behind former U.S. Rep. Lou Barletta.

But unless more follow suit, this effort likely won't be enough to stop Mastriano. Support from establishment Republicans is spread too thin across a wide field of candidates.

Trump's gubernatorial endorsement in the commonwealth may complicate his endorsement of Mehmet Oz in Pennsylvania's U.S. Senate race.

Mastriano has endorsed Oz's competitor Kathy Barnette and the two often campaign together.