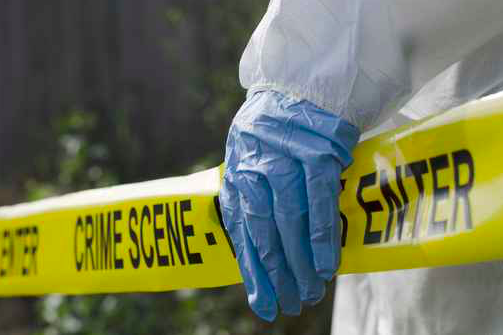 For the vast majority of the American public, exposure to the grisly reality and legal labyrinth of criminal investigations comes via headline news and the popular television genre known as the crime procedural. Just as in the case of journalism, which covers real events as they unfold, the business of creating crime dramas comes with a responsibility to depict scenarios in a manner that accurately reflects the world of law enforcement, for better or for worse.

With extensive backgrounds in criminal law, the duo's job is to ensure that the shows' producers write scripts that follow proper police procedure and aim to inform the public, the Press of Atlantic City reports.

“We review the script for the technical part,” said Fitzgerald, a 62-year-old native of Sea Isle City. “Things like making sure handcuffs are applied properly behind a character’s back and guns are held properly.”

Fitzgerald and White met online in 2008 in connection to the investigation of an unsolved death that was eventually declared a suicide. Through their interactions on the invite-only forum for criminologists, forensics, profilers, and investigators, the pair forged a bond of expertise that has since gone on to reach millions.

White, 67, of Abescon, was formerly an Investigator Sergeant with the Dallas Police Department and continues to run a private practice in forensic psychology. At Stockton, he teaches courses on serial killers and sex crime. His first novel, 'In Pursuit of a Serial Killer, The Archetype Case,' marks the first installment of a three-part series drawing on his vast experience in criminal investigations.

Fitzgerald, a forensic linguist, worked as an FBI criminal profiler for 20 years and has also published "A Journey to the Center of the Mind," the first part of his three-volume memoir. He famously led the charge to publish the manifesto of the Unabomber, Ted Kaczynski, which ultimately helped lead to his arrest in 1996.

Together, Fitzgerald and White still work behind the scenes on cold cases through the Vidocq Society, a Philadelphia-based organization of forensics professionals who primarily investigate disappearances.

While both men believe strongly in portraying criminal investigations accurately, they acknowledge they still aim to scare people, albeit in a good way.

Fitzgerald's strong record in the crime procedural industry recently earned him the opportunity of a lifetime: a deal with an undisclosed, major U.S. network to assist in a mini-series on the Unabomber that will debut in Janurary 2017.

Naturally, Fitzgerald, who grew up in Olney, Pa., knows exactly who he wants to play the anarchist and serial murderer who terrorized American cities between 1978 and 1995.

"I'd love to get Bradley Cooper," Fitzgerald said. "He’s about the same age I was at the time, plus he’s from Philadelphia.”