Closed by the Water Department decades ago, the East Park Reservoir and surrounding land has been reopened 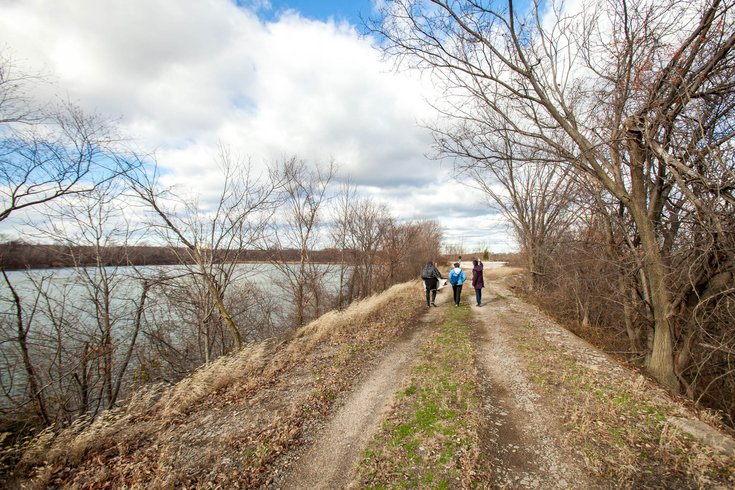 Once completed, the Discovery Center will allow public access to the trails around East Park Reservoir, which has been fenced-off to the Strawberry Mansion community since the '70s.

For more than 45 years, a 50-acre parcel of land in Fairmount Park has been closed off, barred and inaccessible to the public.

On the eastern edge of one of the largest urban parks in the country, the property is an important home to migratory birds and contains a massive 37-acre, eight-foot-deep freshwater lake – the largest body of pollution-free water in the city.

And, if everything goes according to plan, by the summer of 2017, the site will be home to a $16.7 million, 16,000-square-foot, educational facility, named The Discovery Center, that will allow students from across the city to learn about nature and test their mettle on a new "challenge course."

Announced on Tuesday, the new Discovery Center is a collaboration between the Outward Bound School and the National Audubon Society in an effort to bring outdoor education to children throughout the region.

"This is a gem," Parks and Rec Commissioner Michael DiBerardinis said about the land as he stood near the shore of the reservoir. "We feel really lucky and privileged to be a part of this process."

According to Katie Newsom Pastuszek, executive director of the Philadelphia Outward Bound School, plans for the Discovery Center began in 2009 and since then, the groups involved have been "fundraising quietly" to gathering the necessary grants and donations needed to help open the center. 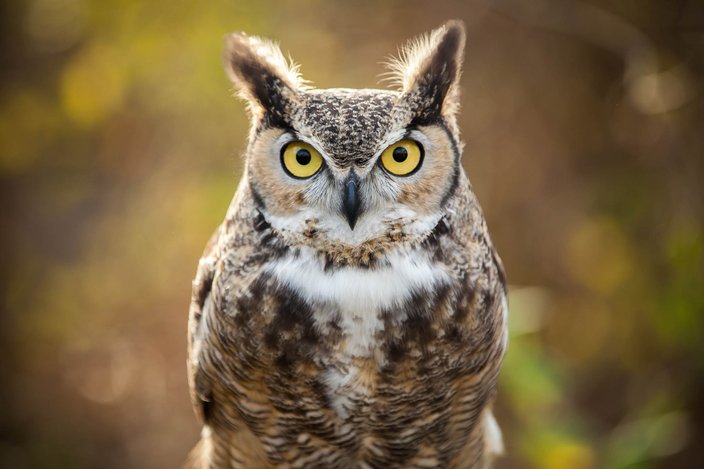 Oden, a six-year-old Great Horned Owl lives at the John James Audubon Center at Glen Mills. Once completed, Audubon Pennsylvania and the Philadelphia Outward Bound School will share the Discovery Center as part of the new outdoor education center. The owl was on hand Tuesday for the announcement. (Thom Carroll / PhillyVoice)

"This is going to be a great use of this resource," she said.

Pastuszek said plans include a challenge course – with climbing ropes, a pole and platform to climb and ropes to balance on – that would be built and operational this summer. With a final design still in process that will require permissions from the city, Pastuszek could not give a date of completion for the Discovery Center, but the hope is to have it opened by the summer of 2017, she said.

According to Tonnetta Graham, president of the Strawberry Mansion Community Development Corporation, local neighbors worked closely with Outward Bound Schools and the National Audubon Society to make sure that area residents will be able to utilize the new park space, as well as the Discovery Center and its amenities.

The area, gated off by the Philadelphia Water Department at some point in the 1970s, has been something of a tease for local residents, said Graham, noting that for decades locals could see the area through the chain-link fence, but could never access the space. 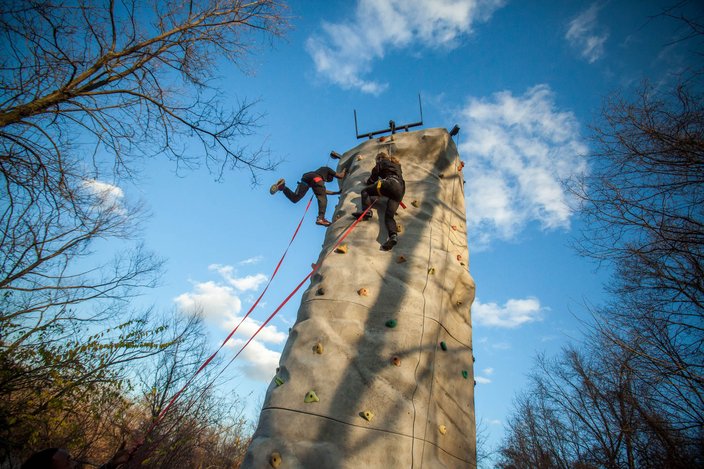 A temporary 30-foot rock wall was set up to give residents some idea of plans for a new Discovery Center, will feature a climbing wall, a high ropes course, a zip line, canoe launch, bird-watching platforms, indoor and outdoor classrooms and other amenities. (Thom Carroll / PhillyVoice)

"For us, to not have access to this for over a decade, it kind of hurt," she said. "This is like our backyard... This park is our business and we are very excited about this."

Yet, while local residents seem excited for the opening of the park land, no one at Tuesday's event seemed more energized than Philadelphia Mayor Michael Nutter. In taking a moment to put aside his prepared notes, the mayor said he worked closely with many of those in attendance at the event for many years. In fact, he said that while he's been "emotional" through many of his recent meetings as his time in office winds down, Nutter said Tuesday's event was especially touching. 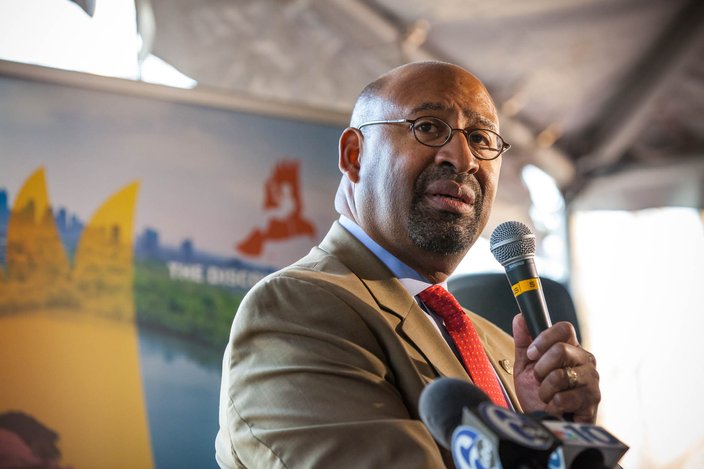 "This might end up being the most emotional part of my day," he said.

Nutter talked about his love of the city's park system, even telling a personal story about how he, as a kid who grew up in West Philadelphia, didn't get to see the eastern edges of Fairmount Park often.

Until he dated a girl from Strawberry Mansion when he was a teenager, Nutter said.

"I think the statute of limitations is over. I love the park and I loved her," said a smiling Nutter. "We will leave it at that."

Looking ahead, Nutter said that he believe the newly opened land and Discovery Center, once built, will be another asset that residents of the city "can brag on" and will help teach school children some vital educational experiences that will be "one of the most incredible experiences of their lives."

"What's demonstrated here today is that Strawberry Mansion will become the melting pot of the City of Philadelphia," he said. "This will highlight William Penn's green country town."