The Union's playoff hopes still exist, but they're pretty dismal 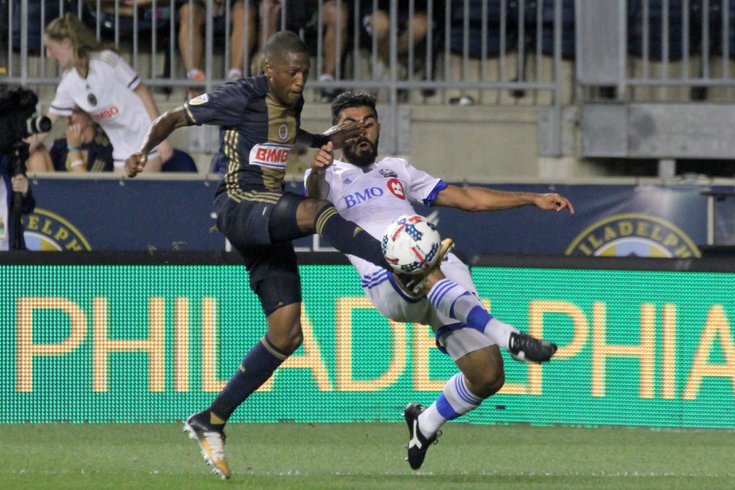 There's a scene in Dumb and Dumber where Lauren Holly tells Jim Carey that his chances of dating her are "one out of a million."

"So... you're telling me there's a chance?" is the famous reply.

That's basically what the Philadelphia Union's playoff hopes look like right now, which sounds sardonic, but it's true.

Saturday's defeat was a crushing blow for a postseason repeat, a loss that put Philly six points back of a pair of teams each holding two games in hand.

Furthermore, the Union are just now hitting the hardest part of their schedule, with six of eight remaining opponents currently in playoff position. They are 1-7-3 on the road this season, and that's where four of the next five games will take place.

Every factor points to the proverbial fork being stuck into this team.

But there's always a path forward, and stranger things have happened, like the Chicago Cubs winning a World Series and the Philadelphia 76ers getting a Christmas Day slot on national television.

In an earlier story, I had the Union projected to finish on 43 points with eight earned from the previous six games.

They ended up with six instead.

If I adjust the current totals, but keep the extrapolation the same, it looks like this:

It would put the Union on pace to end up with 11 wins, 15 losses, and eight draws, which is almost exactly what happened last season, when the 2016 squad went 11-14-9 to finish with 42 points and a minus-three goal differential.

The problem is that it's not going to be enough to make the playoffs this year, with the Eastern Conference outpacing the West and moving the red line by five to seven points.

Crazy stat I saw earlier on TL, Philadelphia Union made playoffs last year with 42 points. TFC is currently on 39.

Sixth-place Atlanta is on 35 right now with two games in hand. They play eight of their final 12 games at home, due to the fact that their new stadium will finally be good to go.

Here's how I would project their remaining schedule:

The expansion side would finish 16-10-8 for 56 points. That would place them anywhere from third to fifth place in the east.

You're then looking at the combination of Red Bull, Columbus, Orlando, and Montreal fighting for the final two playoff spots. Red Bull is probably a lock, which means Philly would have to out-pace the remaining teams the rest of the way.

I just don't know how it happens.

Columbus has already played 25 games, but they get five of the last nine at home. Orlando has a quirky outlook, with four straight road games followed by three straight home games. And Montreal still has to play rival Toronto three times, but they also get New England, Minnesota, and RSL at home.

The Union are capable of jumping the Impact, or Orlando, but I can't see them passing three teams currently above them. Even if that happened, you'd be looking at a six vs. three wild card game in Chicago or New York where Jim Curtin's team would be heavy underdogs.

The real shame is that this team worked incredibly hard to recover from a poor start, only to throw it away with tame road performances and an untimely home defeat.

Without the 0-4-4 start, Philly is probably three to five points better and sitting right on the playoff line come September. But the horrific spring created small margins of error going forward and put pressure on the team to get results almost every single week.

It probably won't happen, but if the Union do scrape into the postseason for the second straight year, it'll be nothing short of a miracle.