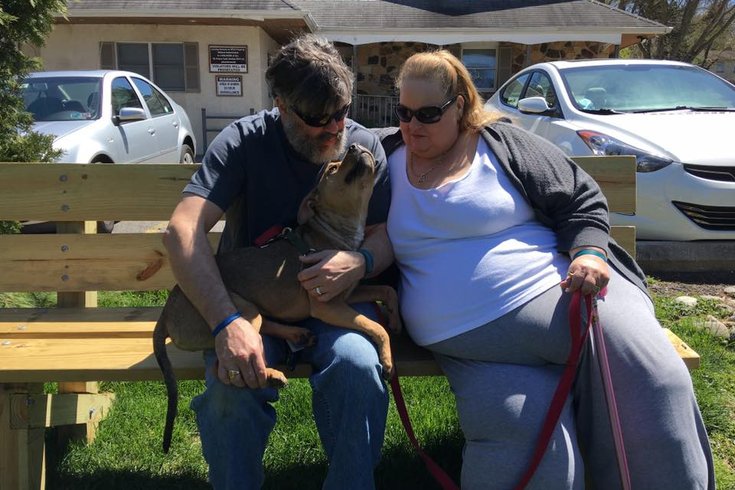 Clover with her new family after being adopted. The female Shepherd-Pit Bull Terrier mix was discovered in an Upper Darby home in March with a severe laceration on her neck.

A dog discovered with a gruesome cut on her neck in Upper Darby last month has found a home.

The Delaware County SPCA announced Monday that 6-month-old Clover, a female Shepherd-Pit Bull Terrier mix, has been adopted by Gail Bruce of Wilmington, Delaware, and her family.

Clover underwent several reconstructive neck surgeries to repair the severe laceration she suffered. Payment for the procedures was made possible by numerous donations, according to the SPCA.

The puppy was found in a home by authorities after they were contacted by the property manager.

Clover's injuries were caused by her being tied to a banister with a cable wire, which she was able to chew herself out of, therefore causing the laceration, authorities believe.

Disclaimer: Below image is extremely graphic. 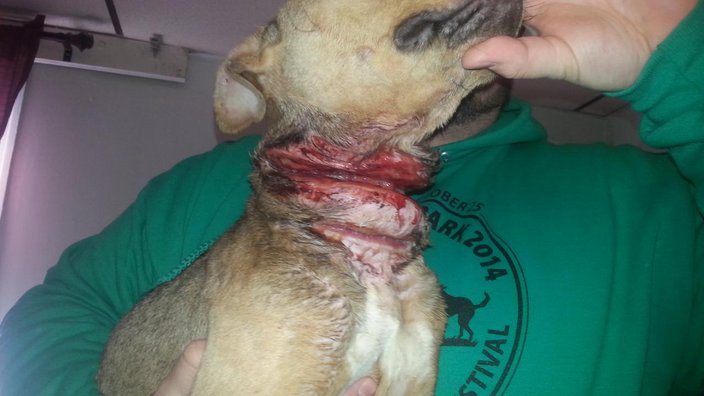 Clover, a 6-month-old Shepherd-Pit Bull Terrier mix, was found with this severe laceration on her neck in an Upper Darby home in March. She has since undergone several reconstructive neck surgeries and has been adopted by a Wilmington, Delaware, family.

Animal cruelty charges are pending against the dog's former owner, according to the SPCA.