Fauci says U.S. is in 'transitional phase' of pandemic, but COVID-19 remains a public health threat

While the virus could still cause waves of infections in the future, the country is no longer seeing the levels it has during the peak of the crisis 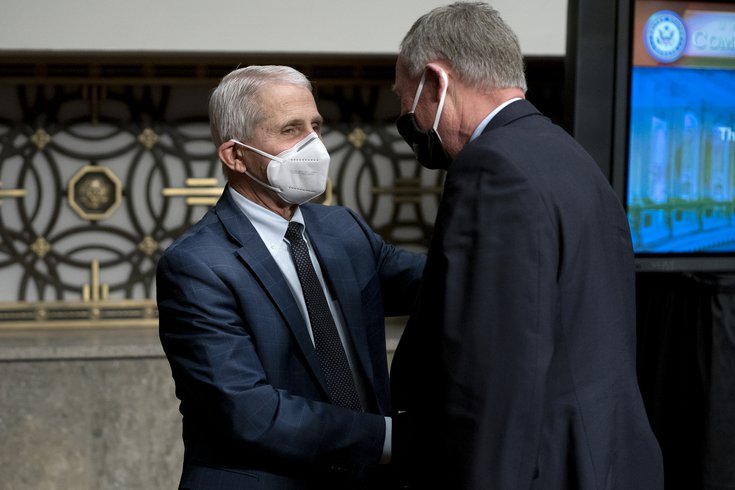 While the global COVID-19 pandemic is far from over, the United States is "transitioning into more of a controlled endemicity," Dr. Anthony Fauci said on Wednesday.

"Right now, we're at a low enough level that I believe that we're transitioning into endemicity. … We're not in the full-blown explosive pandemic phase," Fauci told the Washington Post. "That does not mean that the pandemic is over. A pandemic means widespread infection throughout the world."

Fauci, the chief medical adviser to President Biden, told the Post that the country could still see waves of infections in the future as the virus continues to mutate. He hopes there's enough immunity in the population that there wont be a major surge in hospitalizations and deaths.

He said that the U.S. was in a pandemic phase during the winter and then entered a "deceleration" phase as the number of new infections began to decrease. The country is now transitioning into a "control" phase.

The pandemic phase is where the world has been for most of the past two and a half years. A transition to the deceleration phase occurs when there is a drop in newly confirmed cases. The "control" phase is declared when the virus is no longer spreading at such a pace that it is disrupting society.

Still, Infectious disease experts have emphasized that this doesn't mean COVID-19 becomes completely harmless. Both malaria and influenza are considered endemic diseases, but they both can still cause serious illness and death.

In a previous interview with PBS Newshour, Fauci explained that right now there is a low level of infections across the U.S. The country is no longer seeing 900,000 new infections a day and hospitals aren't being overrun with patients who have COVID-19.

At the height of the pandemic, 3,000 deaths were being reported each day and now there are about 300 deaths per day on average. Almost one million Americans have died from COVID-19 since the start of the public health crisis.

Due to the low numbers of infections, masking mandates have been lifted in most parts of the country, including in Philadelphia, and the federal mask mandate in transportation settings is no longer being enforced after it was struck down by a federal judge in Florida.

The last two phases of a pandemic are elimination – where the virus has been eradicated in certain regions or countries, but still exists in parts of the world – and complete eradication.

It remains unclear if COVID-19 can ever be completely eradicated. Recently, two highly transmissible omicron subvariants – BA.2 and BA.2.12.1 – have been identified and case numbers are slowly rising again. While the U.S. is averaging around 51,000 new infections per day, the case average has risen 49% in the last two weeks, NBC News reported.

On Monday, The Centers for Disease Control and Prevention announced that as of February, 58% of the U.S. and almost 75% of children ages 11 and younger showed the presence of antibodies against the coronavirus, indicating a prior infection.

Agency officials cautioned that this does not mean Americans have reached widespread immunity against COVID-19.

While having a prior infection does offer some protection against developing serious illness with any subsequent infection, experts say the best protection against infection, hospitalization and death is still vaccination. In the United States, 66% of the population is fully vaccinated and 46% have been boosted, according to the CDC.

The World Health Organization and the United Nations both have recently warned that the pandemic is far from over. Vaccination rates are still too low, especially in developing nations, agency officials said.