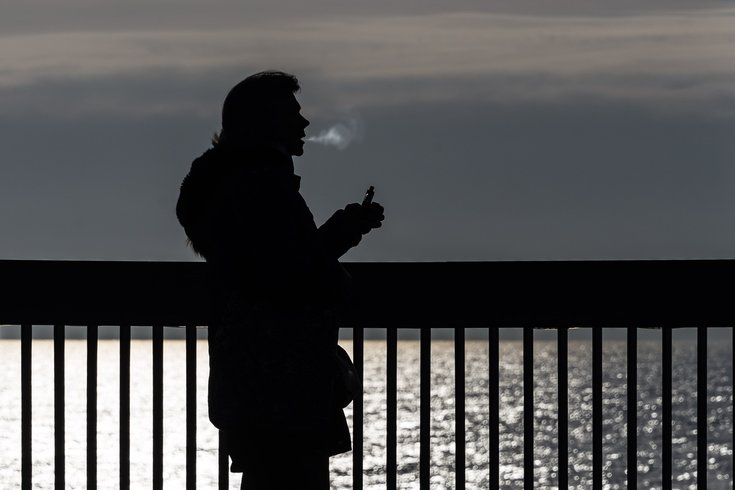 Vaping-related illnesses have surged beyond 1,000 and health officials don't expect the numbers to slow anytime soon.

More than 200 cases were added within the last week, pushing the total to 1,080 cases from 48 states and the U.S. Virgin Islands, according to the U.S. Centers for Disease Control and Prevention. Alaska and New Hampshire are the only states that have not reported any illnesses.

There have been 18 deaths from 15 states, including Delaware and New Jersey. Additional deaths remain under investigation.

The increase in cases is due to new vaping-related illnesses occurring in the last two weeks and the recent reporting of older cases, according to CDC Principal Deputy Director Dr. Anne Schuchat.

But new illnesses continue to rise at an alarming rate. And health officials don't anticipate the illnesses and deaths slowing in the weeks ahead.

The CDC continues to urge people to refrain from vaping both e-cigarettes and other vape products, particularly those containing THC, the psychoactive component of marijuana. Most – but not all – of the victims reported using THC products before falling ill.

The vast majority – about 80 percent – of the victims are under 35 years old while 37 percent are under 21, Schuchat said. Another 70 percent are male.

However, the demographics of the victims looks a bit different.

The median age of the 18 victims is 50, with ages ranging from the 20s through the 70s. Most of them have been women. But Schuchat said there have not been enough deaths to draw any conclusions.

Additionally, the U.S. Food and Drug Administration continues to test product samples used by the victims. But they have not identified a common thread.

"This is a complex investigation unlike any we've seen," McMeekin said. "The FDA is working quickly and thoroughly in testing the samples. ... The samples we are continuing to evaluate show a mix of results."

Health officials remain concerned about street sources, McMeekin said. But she said it's premature to rule out other concerning products.

"At this stage in the investigation, we really need to keep an open mind and recognize that sources in one part of the county may not be the same as elsewhere," McMeekin said.

The FDA also has launched a criminal investigation seeking to identify the source of any illegal vaping products. A case study released last week found that many Illinois and Wisconsin victims received THC-containing products from the street.

The CDC has documented the vaping products used by 578 patients. Of them, 78% reported using THC products in three months before they became symptomatic. About 58% said they used nicotine-containing products.

Health officials expect new lung illnesses to continue to rise until vaping users quit using the products in significant numbers, Schuchat said. Federal officials also need to rid the market of any risky or illicit products. But the second goal could take a lot longer than the first, she said.

"We're not optimistic that tomorrow we're going to be able to pull all the risky stuff off the market," Schuchat said.