The fall of Roe vs. Wade has increased interest in vasectomies – but myths are spreading online

Urologists emphasize that the procedure should be considered permanent; it also won't diminish sexual performance 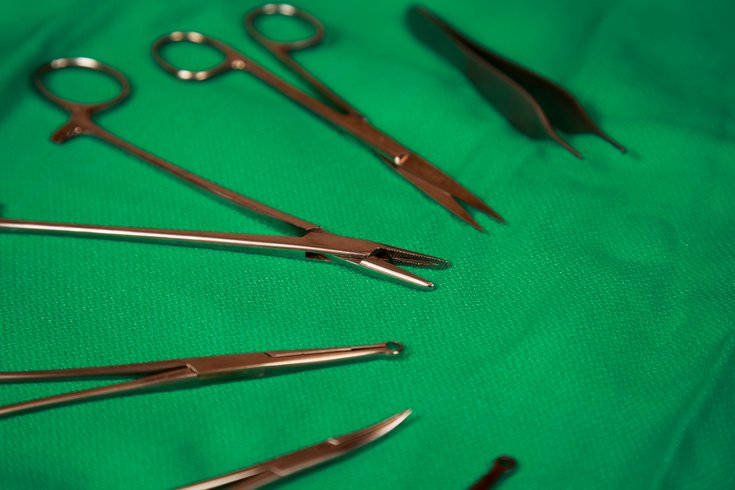 Online searches about vasectomies have risen sharply since it first appeared the U.S. Supreme Court would overturn Roe v. Wade. Above, a set of surgical instruments are displayed by a urologist in Ohio.

There has been a growing interest in vasectomies as a way to prevent pregnancy since the U.S. Supreme Court overturned Roe vs. Wade last month, but urologists stress that men should understand the facts about the surgical procedure before they go to get one.

More than 500,000 vasectomies are performed annually in the United States. With a long-term success rate better than  99%, they are considered the most effective form of birth control after abstinence. It is too soon to know whether the loss of the right to an abortion will lead to an uptick in men getting an vasectomy, interest in the procedure is on the rise.

The Cleveland Clinic told NBC News that it received 90 vasectomy requests in the first few days after the Supreme Court ruling. Typically, they only get three or four a day. And online searches for the term "where can I get a vasectomy" have increased by more than 850%, according to data collected by Innerbody Research. Similar search terms also spiked significantly after a draft of the decision was leaked in May.

There also also are misconceptions being spread on social media about how easy it is for a man to get a vasectomy, but also have it reversed decades later. But that's not all that feasible, urologists say.

During a vasectomy, the vas deferens – the tubes that carry the sperm out of the testicles – are disconnected so that the sperm can no longer leave the testicles.

Vasectomies do not impact a man's sexual performance – another myth that has spread on social media – because they don't affect the production of semen, which is made in the prostate and seminal vesicles. Ejaculation will look and feel the same, but there will no longer be any sperm in the semen. The procedure should not adversely affect a man's ability to have an erection or orgasm.

Most men who decide to get the surgery are doing it because they either are done having children or don't want any at all. For others, a pregnancy would endanger their partner's health or they are a carrier of a genetic disorder that they don't want to pass on to children.

But concerns over abortion bans reportedly are leading some younger men who are still unsure if they want children to consider getting vasectomies.

Don't count on a reversal later in life

Urologists warn that vasectomies should be treated as a permanent procedure. While reversals are possible and easier than reversing a woman's tubal ligation, they are not 100% effective. On top of that, the reversal surgery is more invasive and more costly than the sterilization process. There also are a limited number of surgeons who can perform a reversal. For men who may want children later on, less permanent forms of birth control may be the better choice.

The success of a vasectomy reversal depends on multiple factors, including the fertility of the man's partner and how long ago the procedure was done.

Besides reversing the vasectomy, a combination of vitro fertilization and sperm aspiration – a nonsurgical procedure to collect sperm – also can be done if a man changes his mind.

Most men can return to work in two to three days, and return to normal exercise and sex within a week. It may take up to two weeks for any bruising or swelling to subside, Penn Medicine urologists say.

This is much shorter than the recovery for women who have their fallopian tubes cut or blocked. Their recovery time takes one to three weeks, but some women need a month for full internal healing.

But men shouldn't consider themselves sterilized until a semen analysis verifies their procedures worked, urologists say. It can take anywhere from six weeks to three months for sperm to be washed out of the vas deferens. Until clearance is given, men should continue using condoms or other contraceptives.

Risks of a vasectomy include lingering pain, swelling, bleeding or infection, but these are relatively uncommon. Before making a final decisions, men are encouraged to talk to a urologist about whether a vasectomy is the best option for them.