VIDEO: Spool of wire barrels toward traffic on Pennsylvania highway 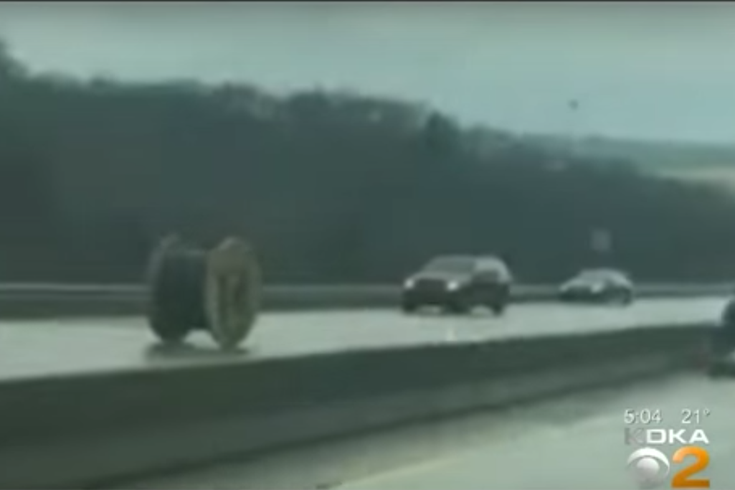 This screenshot of a video shows a spool of wire rolling down a Pennsylvania highway.

Motorists in western Pennsylvania were forced to slow down and get out of the way when a giant spool of wire came barreling at them after falling off a truck.

The wooden object was caught on camera rolling the wrong way on Route 40 in Fayette County around 9 a.m. Wednesday. In the video, cars can be seen pulling over as the spool comes toward them, bouncing off both medians before flipping over and coming to a stop.

The video was captured by Dave Cole, an Alabama native. Cole told the Pittsburgh CBS affiliate that he saw the spool and a spare tire come off of a tractor-trailer. A truck driver himself, Cole had some advice for the driver of the trailer in question:

“We do a lot of traveling and hauling. That’s key, make sure your load is secured. Obviously, they didn’t have the right equipment there,” Cole said. “Luckily, everybody was okay, but it was pretty crazy.”