For the 150-year anniversary of the town, North Wales Borough is running a steam train from 1925 on SEPTA tracks 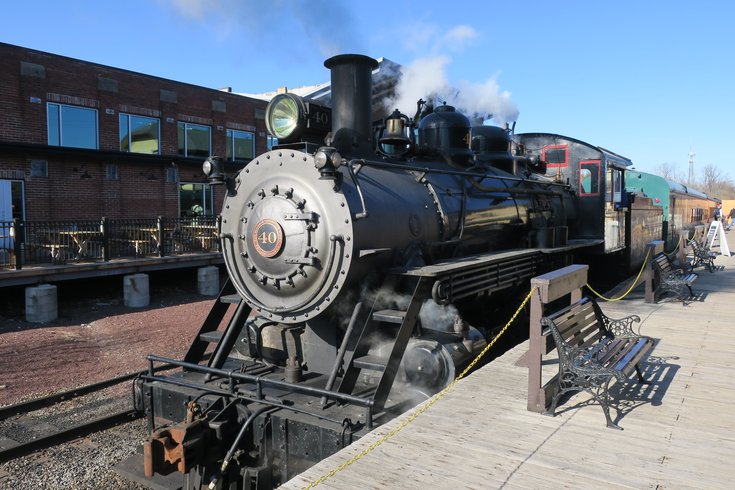 For its 150-year town anniversary, North Wales Borough is running the No. 40 Baldwin steam locomotive on SEPTA's Doylestown line.

For an afternoon in May, SEPTA's Doylestown line will substitute plastic and pleather for mahogany and brass in partnership with the New Hope Railroad.

A steam locomotive from the early part of the 20th century is getting another shot on the tracks for North Wales Borough's 150th-year anniversary — after a 28-year hiatus.

The Baldwin Locomotive Works-built No. 40 was formerly an artery for industry, hauling cargo like coal between Philadelphia and the Lehigh Valley, when it was built in 1925. The train was purchased and brought to North Wales in 1962.

MORE NEWS: Meet the 20 worst Philadelphians (you may have made the list)

Now, the New Hope & Ivyland Railroad run the steam locomotive and others as tourist trains along the Delaware River. This is the first time since 1985 that the No. 40 will leave the northern end of the branch in New Hope to stretch its wheels.

Aboard the train, passengers in either coach or first class will get live narration about stories along the line. There will also be drinks and snacks available.

There will only be four trips — 10:30 a.m., 12 p.m., 1:30 p.m., and 3 p.m. — on Saturday, May 18. The excursion begins at SEPTA's North Wales Station on Beaver Street and Wissahickon Avenue. Officials are recommending those interested purchase tickets ahead of time, as it's expected to sell out.