Was justice served in the Kathryn Knott case? 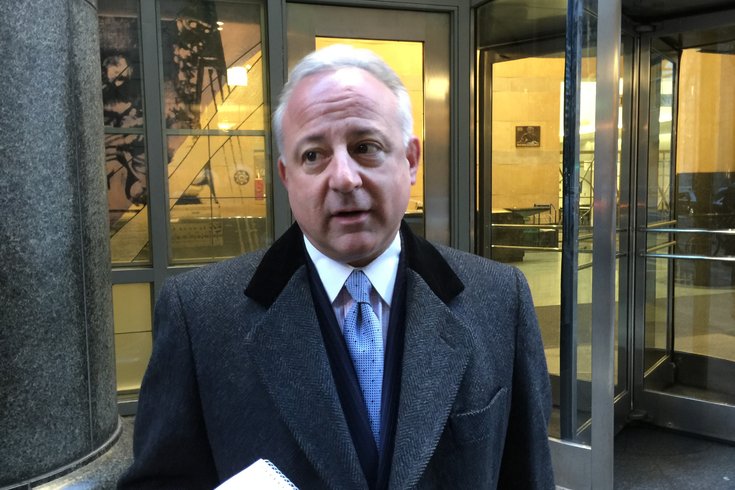 Louis Busico, a Newtown, Bucks County defense attorney, represented Kathryn Knott in the gay-bashing trial. “Before she even set foot in court, she was called the most horrific of things in the media.…," Busico said of his client. "There’s an indelible taint that may never be removed.”

What is justice when it comes to a conviction for simple assault? Does that standard change when hate-crime undertones amplify it in the eyes of not only the victims but much of the public at-large?

Does a book need to be thrown at the guilty party, thus making them spend two years in prison? Or is probation enough, particularly in the type of high-profile case that will follow the accused for the rest of their life?

Those questions hovered over Kathryn Knott – the 25-year-old daughter of a suburban police chief – at Philadelphia’s Criminal Justice Center on Monday afternoon.

There, she learned what restrictions would be placed upon her immediate future.

After apologizing through tears to victims Zachary Hesse and Andrew Haught, Knott was taken into custody to serve five-to-10 months in prison, followed by two years of probation and restrictions from contacting the victims or entering Philadelphia County for anything but court-related matters.

“We’re very happy with the sentence,” said Michael Barry, the assistant district attorney who prosecuted the case. “It was the wish of the victims to get an admission of guilt and no trial. They just wanted it to go away. They’re very forgiving, not vengeful people.”

Since Knott never offered that admission of guilt, Barry said, she dragged the case out much longer than the victims wanted. He offered that as an argument against the lack of parity that two co-defendants who pleaded guilty to the crime will serve no time behind bars, unlike Knott, who left the courthouse in handcuffs.

Monday’s sentencing hearing marked the end of a tumultuous 17-month stretch for everyone on both sides of a September 2014 melee between Knott and a group of friends and a homosexual couple in Center City that left one man unconscious with broken cheekbones and a fractured jaw.

“As a gay man, we all won something today.” – Dr. John Pfeiffer, Knott sentencing attendee

While co-defendants Kevin Harrigan and Philip Williams pleaded guilty to avert a trial, Knott did the opposite.

At her December trial, witnesses testified that she struck Hesse, who suffered minor facial bruises, and shouted homophobic slurs during an altercation initiated by Harrigan. Hesse’s boyfriend, Haught, was knocked unconscious by Williams.

With their guilty pleas to aggravated assault and conspiracy charges, Williams and Harrigan received five and three years of probation respectively and 200 hours of community service at an LGBTQ center. (They faced up to 20 years in prison.)

While a jury found Knott not guilty of the aggravated assault felony charges after “heated” deliberations, she was found guilty of simple assault, conspiracy and two counts of recklessly endangering another person.

The case itself was distinct insofar as the social-media attention drawn to it, as police sought to identify the attackers, who were captured on surveillance cameras that evening. 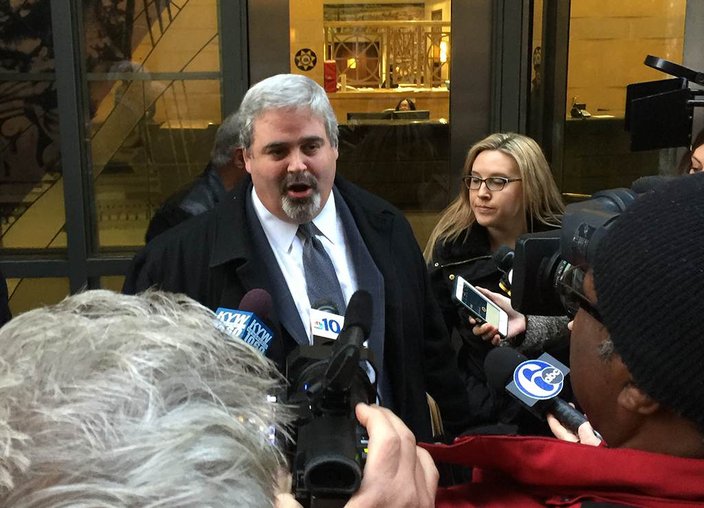 Assistant District Attorney Mike Barry prosecuted Kathryn Knott in the gay-bashing case. “I don’t want to hear about what she has to carry,” he said after Monday's sentence. “It is all because of what she did. … This didn’t happen to her. She did it.”

Early on, the narrative held that online sleuthing helped identify members of the large group from which members got into a physical altercation – involving hate speech – with a pair of men in Center City on Sept. 11, 2014. At trial, however, a detective walked that back a little.

But that online attention continued to fuel interest in the case through December’s trial, after which one juror controversially fielded questions on a Reddit “Ask Me Anything” post. (It was that super-sized attention drawn to the case that defense attorney Louis Busico railed against during Monday's sentencing hearing. Knott, he said, was victimized by a media and social-media dynamic that chastised his client to the point of receiving threats.)

Haught was the first person to testify to the impact that the assault had on his life. He said a lot of what happened was easy to move beyond despite lingering physical and mental effects, but not everything.

“The one thing I can’t get past,” he said, “was that that group of people just left us. They were carefree, even as ambulances raced to the scene. … I will never forget [the fact that] that group, including Kathryn Knott, left me in an alley to die.”

After sharing character witness testimony on his client’s behalf, Busico asked for a sentence of probation commensurate with those received by the co-defendants who pleaded guilty. He said she’s been held accountable by negative media attention.

“She’s been excoriated locally, regionally and nationally,” he said, noting that she refused to have a gay friend come into court to testify on her behalf. “Before she even set foot in court, she was called the most horrific of things in the media. … There’s an indelible taint that may never be removed.”

To Barry, who sought up to 23 months of incarceration, Knott brought all of this on herself, and her actions “did damage to this city."

“I don’t want to hear about what she has to carry,” he said. “It is all because of what she did. … This didn’t happen to her. She did it.”

Before imposing sentence, Covington noted that she’s thought about a pair of gay male friends, and how the assault could have just as happened to them.

“This type of behavior,” she said, “is a violation of human rights.”

Within minutes, Knott was being led out of Courtroom 304 by sheriff’s deputies and her parents would leave the Criminal Justice Center without comment, or the daughter with whom they arrived.

So, what is justice in this case?

Is it fair that Knott will serve time on misdemeanor charges while two of her friends won’t for felonies?

Was fair punishment meted out when Knott’s name became forever tied to a heinous crime that made a city stand up and take notice?

One side of the courtroom thought so, while the judge sided with the other side that just wanted the convicted woman to take ownership of her actions before a last-minute apology.

When I asked Busico after the hearing what he thought qualified as justice in this case, he didn’t want to second-guess the judge’s decision, but offered this quote:

“If you were in the courtroom, you know what I asked for and what the Commonwealth asked for,” he said of the probation vs. incarceration divide. “Neither of us got what we asked for, so maybe that’s justice. I don’t know.”

Dr. John Pfeiffer, who seldom attended the trial but came to court Monday since the case reminded him of being the victim of a South Street gay bashing some 35 years ago, had a different take.

Thinking of the broken nose, teeth and foot that he suffered in an attack that he said police weren’t keen on looking into, he said the Knott case did have an impact on Philadelphia’s LGBTQ community. As such, at least, a little jail time was warranted.