Here's why you shouldn't wash raw chicken before cooking it 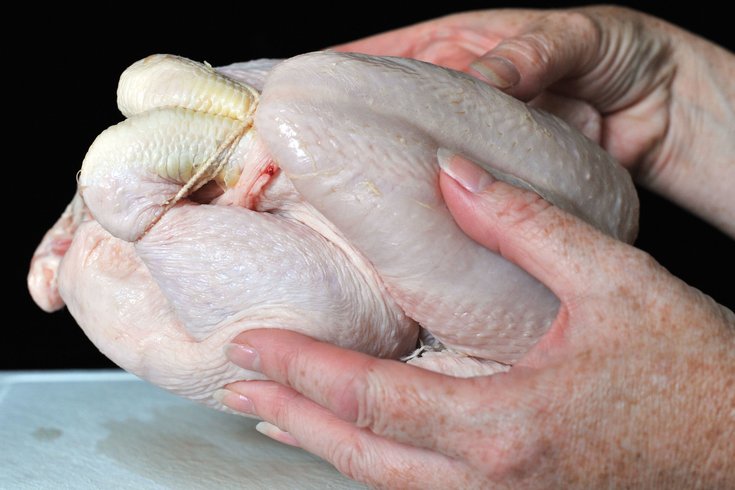 When washing raw chicken, juices may spray and contaminate other utensils, food or surfaces.

Do not wash raw chicken before cooking it.

So says the U.S. Centers for Disease Control and Prevention.

Many people mistakenly wash raw chicken believing it will help prevent foodborne illnesses. In reality, doing so may increase the chances of someone falling sick.

The agency tweeted the reminder late last month, linking to a list of tips to prevent food poisoning when preparing poultry.

When washing chicken, juices can spread elsewhere in the kitchen, contaminating other foods, utensils and surfaces, including the sink.

A single drop of raw chicken dose may have enough campylobacter germs to make someone sick, according to the CDC. The infection causes diarrhea.

About 1 million people get sick each year from eating contaminated poultry, according to the CDC.

Wash your hands with soapy water for 20 seconds both before and after handling raw chicken.

Use a separate cutting board for cutting raw chicken.

Do not place cooked food or fresh produce on any dishes or surface that previously held raw chicken.

Refrigerate or freeze any leftover chicken within two hours of cooking. If the chicken sat outside in temperatures higher than 90 degrees, it should be refrigerated or frozen within one hour.