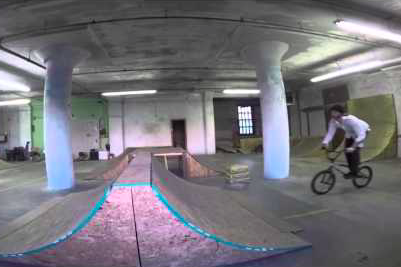 It's not hard to appreciate extreme sports in Philadelphia, where skateboarding remains as popular as it's ever been and there are dozens of local producers churning out the sort of creative videos that make you rethink the physical limits of the human body.

Less often do we have the chance to see BMX action on Philadelphia's streets on a day-to-day basis. The sport requires more of a course setup and those are just not as readily available to use or construct in broad daylight.

Pros Colin Varanyak, Van Homan and Brian Wizmerski recently filmed a session at a "secret" warehouse in Philly that most BMXers would probably prefer to keep that way. If you follow the surroundings at the beginning of the video and you're a master of Philly streets, you might be able to figure out the location.

Otherwise, the video below is a perfect example of some of the hidden magic that goes on around the city at all times of day and night.