WATCH: Mini documentary on man who dances in front of Silk City 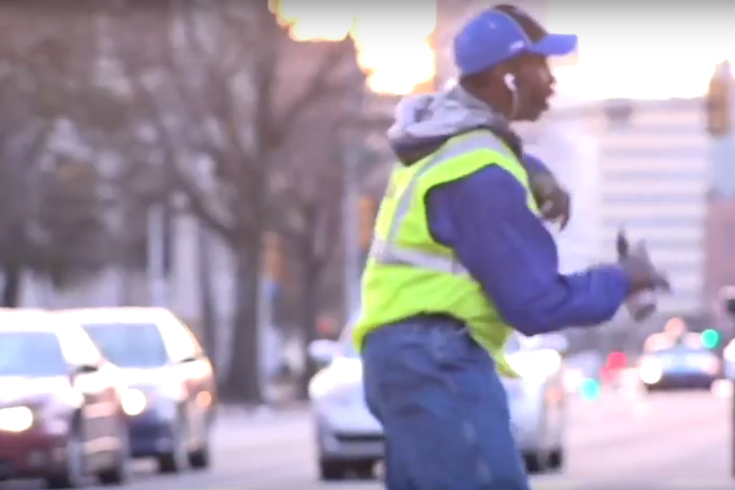 This screenshot is of "steps," a video interview with Anthony Lloyd, who frequently dances on the median on Spring Garden Street near Fifth Street.

Spring Garden Street is certainly no Times Square, meaning Anthony Lloyd is usually the only act performing outside the Silk City Diner on the corner of Fifth Street – sans intoxicated bar patrons bringing their drunken antics out onto the street.

Lloyd, who is known by locals and commuters for frequently dancing on the Spring Garden median with a pair of headphones providing his soundtrack, is the subject of a new mini documentary of sorts.

Published to YouTube in May, the interview — cut with b-roll of him busting his moves — reveals two interesting tidbits about Lloyd:

You can watch the interview with Lloyd, dubbed "steps," below: