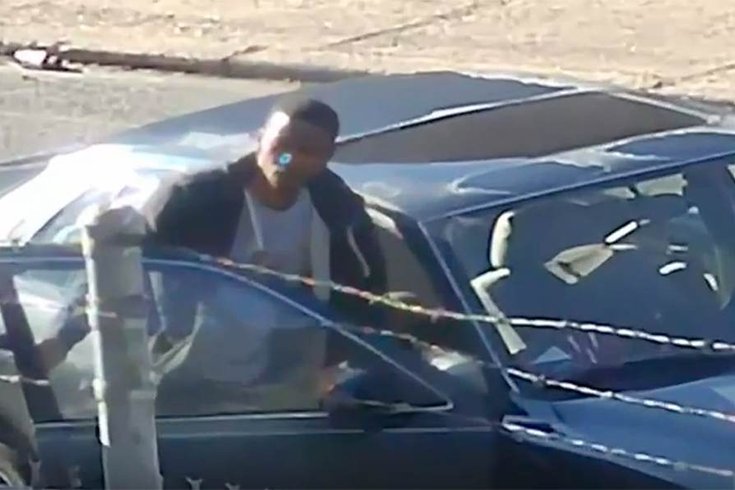 Police are seeking this suspect – described as a black man in his early 20s with a thin build and short hair – in connection with an apparent abduction on Friday in North Philadelphia.

Philadelphia police have published surveillance video of an apparent abduction Friday in North Philadelphia as they seek the public's help in identifying the suspect and victim.

Authorities said witnesses reported the incident around 8:45 a.m. on the 900 block of Luzerne St.

Investigators learned from witnesses that a crying woman was reportedly coerced into a vehicle after telling a suspect that she didn't want to get in the car. She reportedly attempted to exit the vehicle and walk away but was forced back inside.

Officials described the suspect as a black male in his early 20s with a thin build and short hair. He was driving a green car, possibly a 1995 Toyota Camry, with a sunroof and partial tag of KBL-137. He was wearing a dark-colored zip-up hooded sweatshirt with a light-colored shirt underneath.

The victim was described as a black woman in her mid-to-late 20s and was last seen wearing a blue denim jacket, jeans, a fitted T-shirt and pink sneakers. She was carrying a light-colored pocketbook.

The suspect should not be approached, police cautioned. Instead, call 911.

Anyone with information on the incident also can call the Special Victims Unit at (215) 685-3252.