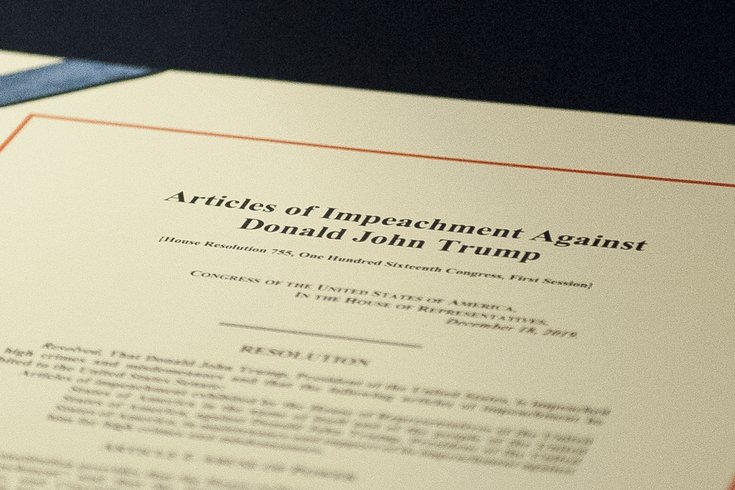 President Donald Trump's impeachment trial in the U.S. Senate begins Tuesday afternoon. Trump is the third U.S. president in history to face removal from office by a Senate trial.

The the proceedings will  begin with a debate about a proposed resolution from Senate Majority Leader Mitch McConnell establishing the rules that will govern the trial. That resolution is expected to take most of Tuesday and the Democrats will argue that McConnell's resolution will rush the trial, Associated Press reports.

After the resolution is voted on, opening arguments will take place. Watch the Senate impeachment trial, beginning with the debate about McConnell's rules resolution here:

Following a vote on McConnell's rules resolution, House impeachment managers and the president's defense team each will have 24 hours, originally spread out over two days, to give their opening statements, NBCNews reports. McConnell changed his resolution on Tuesday afternoon to grant both sides three days, NPR reports.

Senators can then ask questions to either side during a period of 16 hours. After this, the Senate will vote on whether to dismiss the trial. If the vote to dismiss is not successful, there will be a vote about whether of not to subpoena witnesses. At least four Senate Republicans would need to support the subpoena motion in order for it to move forward, according to the Los Angeles Times.

Among the witnesses the Democrats want to call to testify are White House Chief of Staff Nick Mulvaney, White House aids Robert Blair and Michael Duffey and former National Security Advisor John Bolton. Senate Republicans have not released a list of witnesses they plan to subpoena.

For President Trump to be convicted and removed from office, a super majority of 67 senators would need to need to find him guilty of the accusations described in the House's articles of impeachment.

Presidents Andrew Johnson and Bill Clinton are the only two other American leaders to have ben subject to impeachment trials in the Senate. Neither ended in a conviction. Preside Richard Nixon was impeached by the House for the Watergate scandal, be he resigned from office before his Senate trial could begin.