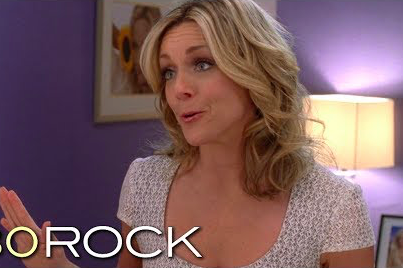 As Hollywood titan Harvey Weinstein's career unravels with a wave of sexual harassment and rape allegations, the nagging question for many on the outside of his empire is whether his alleged behavior was common knowledge within his circle of power.

And if it was, why did it take so long to expose him?

With The New Yorker's release of a chilling recording of Weinstein's reported 2015 advances on model Ambra Battilana Gutierrez, the allegations now have the weight of a public document that starkly illustrates how frightening these encounters can become for those on the receiving end of them.

The entertainment industry often strikes a tricky balance between sensationalist humor and subversive innuendo in order to draw attention to larger issues. This was always the golden formula for Tina Fey's "30 Rock," whose seven seasons from 2006-2013 often handled social issues in a way that emphasized our appalling readiness to let them slide.

Fey has a history of sniffing out trouble in the wider world of media. On "Saturday Night Live," she hinted at Bill Cosby's alleged history of sexual manipulation as early as 2005 and famously roasted Bill O' Reilly a year earlier. Over the next decade, both men would be disgraced when the allegations boiled over, and yet both have escaped criminal punishment.

With Weinstein's past now under a microscope, old episodes of "30 Rock" make clear Fey and the show's writers were aware of the producer's reputation. In a scene featuring Jane Krakowski and Tracy Morgan, Krakowski casually lets out a joke about Weinstein's alleged sexual aggression. Here's the clip from the show's sixth season.

In another scene from the final season of "30 Rock," Krakowski makes a second joke about Weinstein.

Much of the entertainment and political world is now engaged in a kind of damage control feeding frenzy to explain how such an influential person's alleged abusive behavior could go unchecked for so long. Hillary Clinton said she was "shocked and appalled" by the allegations, which stretch back well past Weinstein's contributions to her own and other Democratic campaigns.

Weinstein has been exiled from his own company and has entered counseling. His wife, Georgina Chapman, condemned him and revealed she will leave their 10-year marriage. Weinstein, through his attorneys, has denied all allegations of nonconsensual sex and claims that he retaliated against women who turned him down.

What to make of the apparent awareness that Weinstein was known for such alleged harassment is difficult to consider. While fame and power are what ultimately brought his alleged conduct into public view, the sad reality is that his behavioral profile is all too common to remain such a joke on everyone who looks the other way until it affects them personally.