Some friends, out hunting, managed to help a scared deer to safety 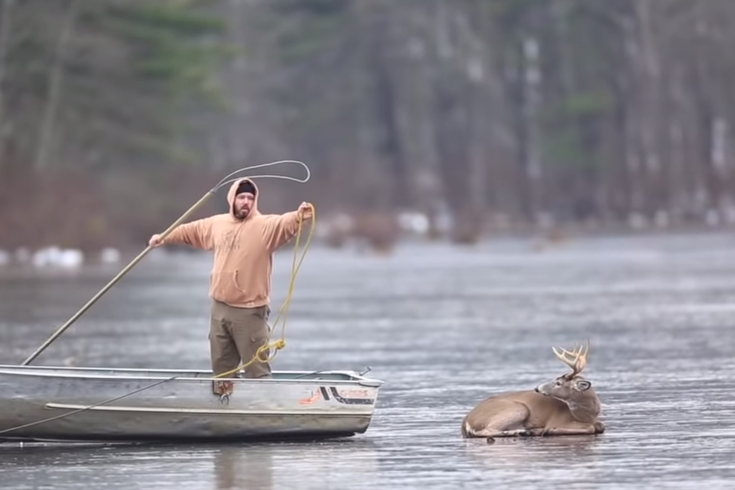 It looks like a still from the Outdoor Channel.

Over Thanksgiving weekend, Jeffrey Sidle of Scranton, Pennsylvania had a unique hunting experience: he and two friends used a boat to rescue an eight-point buck he noticed was stuck on frozen Greeley Lake.

What’s almost even more incredible is that Sidle, who’s also a photographer, managed to capture the entire ordeal in a high-definition video he posted to YouTube.

You can watch the entire dramatic rescue unfold right here:

Sidle told WNEP he was out hunting noticed the deer was struggling to find its footing on the frozen lake, which is located in Pike County.

He, and his friends Ed Schmalzle and Josh Davis, weren’t sure how long the deer had been stranded, but they wanted to try and help — despite the dangers a recently-frozen lake posed.

“The boat was still cracking the ice up,” Davis said of his tenuous rescue mission.

Davis used rope to lasso the deer around its antlers, sort of dragged it back to shore, and then let it run off.

“People don’t realize that just because hunters go out and kill that they’re not humane or they don’t have those feelings about animals and the environment,” Sidle said. “That’s the way we are. It captured who we are.”