Man's Wawa vs. Sheetz rant claims to give 'unbiased' view on convenience stores 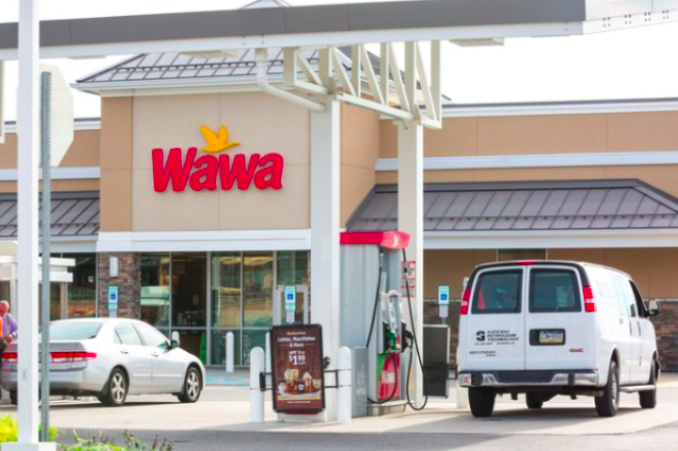 The perennial debate over which Pennsylvania convenience store is better — Wawa or Sheetz — is answered by a man who believes his view is unclouded by regional favoritism.

From a public relations standpoint, it's hard to argue that Sheetz hasn't had a better run lately than Wawa.

While Sheetz was named one of Fortune's top 100 places to work in the country, and recently invested $16.8 million in its workforce, Wawa is living in the shadow of a data breach late last year and a shaky experiment with hamburgers and chicken sandwiches.

One man attempted to provide an unbiased view of the competition between the two Pennsylvania convenience store chains. Filmmaker Matthew Fridg may be working on "Sheetz vs. Wawa: The Movie," but Dana Beers decided to test his assumptions from a parking lot at a Sheetz.

The rant below, posted Wednesday, had been viewed more than 116,000 times as of Thursday night.

Unbiased and official pick in the debate between Sheetz and Wawa pic.twitter.com/TfZ4MBfYlY

The conclusion here — in favor of Wawa — is actually pretty diplomatic. Wawa sure appreciated it.

Many Pennsylvania residents admittedly find the debate between Wawa and Sheetz pretty contrived and pointless. Can't they both be good? Can't they each have strengths and weaknesses?

The truth in this debate is that unless or until Sheetz introduces multiple locations in Southeastern Pennsylvania, Wawa is going to have the advantage of a strong regional loyalty untested by close competition. It's also more widespread and established in the state and beyond. Its lore and hype have grown over a matter of many years.

What seems to be obvious to any Wawa fan who's eaten at Sheetz is that it's pretty damn good, as Dana Beers concluded. Pennsylvania residents should be grateful to be the home of two solid convenience store options no matter where they are in the state.