Maps: All of last year's reported sightings in Pennsylvania, New Jersey and Delaware 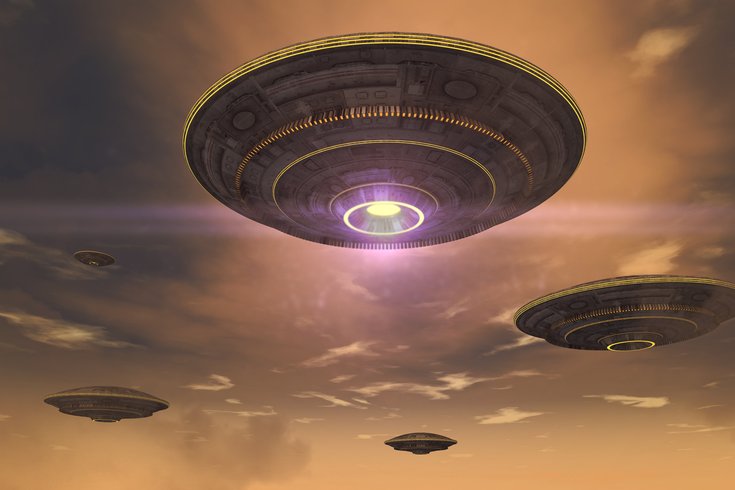 Many of us have stories. One night as a kid in the car with my dad in Northampton, Pennsylvania, I remember looking out the window as a beam of light flashed down from the sky, seemingly dissipating as it hit the ground. Unsure if my eyes were deceiving me, I stayed silent for a few moments before my dad looked over from the driver's seat and asked with a hint of anxiety in his voice, "Did you see that?"

For all of our stories of unidentified flying objects, there's one place to put them all together. The National UFO Reporting Center, based in Washington state, has been tracking reported sightings since its founding in 1974.

Before you start conjuring up images of tin-foil hats, it's important to know that NUFORC doesn't just post every submitted sighting of bright lights or floating objects on its website.

Peter Davenport, director of NUFORC, said in an email that for each submission, there is a  "somewhat careful reading of each report, and we then compare it to other reports that have come in from the same area, and/or for the same time period."

"I believe that someone who is experienced in reading UFO reports is able to detect out-and-out hoaxes," Davenport said, noting that many completely explainable phenomenas are often reported as UFOs.

NUFORC filters hundreds of reports each year. For 2016, there were nearly 200 reported sightings in Pennsylvania alone, Patch notes.

In the below maps, you can click on the location of each reported sighting to get a date and description, which may sometimes includes notes from NUFORC that point out possible hoaxes or potential explanations.