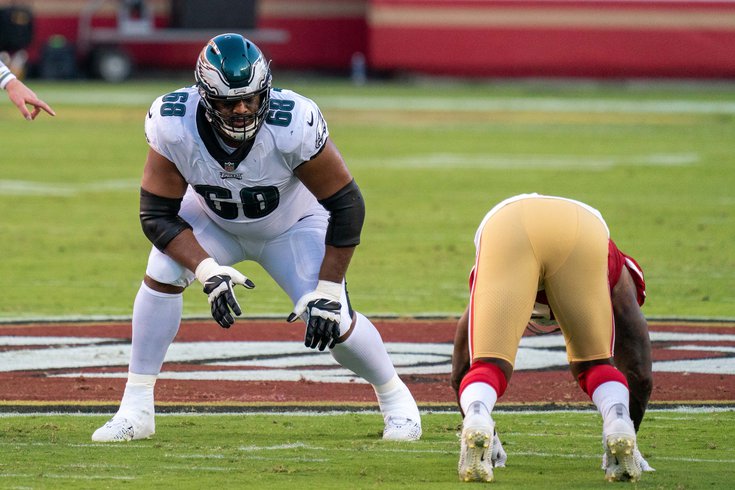 For the gambling enthusiasts, here are my Week 2 NFL picks. To note, the team logos indicate who I think will win the game, not cover the spread. At the end of the picks, I'll note a few teams that I like based on the spread — with all lines coming via Sidelines.io.

Giants at Washington (-3): This line indicates that the oddsmakers believe these teams are even. They are not. Washington at least has a very good defense, while the Giants, just generally speaking, are hot burning trash. 🚮

49ers (-3.5) at Eagles: The 49ers lost No. 1 CB Jason Verrett to a torn ACL, and their No. 2 CB, Emmanuel Moseley, who did not play Week 1, did not participate in practice on Wednesday. If Moseley can't go, the Niners will be starting fifth-round rookie Deommodore Lenoir, and one of the following corners — third-round rookie Ambry Thomas, Dontae Johnson, Josh Norman, or Dre Kirkpatrick, who the Niners signed on Tuesday. 😬

On the defensive line, three other starters — DL Arik Armstead (hip/adductor), DT Javon Kinlaw (knee), and LB Dre Greenlaw (groin) — all also missed practice Wednesday. Those guys could all play, but they probably won't be 100 percent.

The Niners also suffered a major loss on the offensive side of the ball. Starting running back Raheem Mostert has chipped cartilage in his knee, and because he opted for surgery in the long-term interests of his career (good for him), he's done for the season. Jeffrey Wilson is on the PUP list, so the Niners' remaining backs are sixth-round rookie Elijah Mitchell, who will likely start, along with 2020 UDFA JaMycal Hasty and third-round rookie Trey Sermon, a popular player in fantasy drafts who was a healthy scratch Week 1. Again, not ideal.

For the first time in a very long time, the Eagles are overwhelmingly on the right side of the injury report. And then intangibly, not to sound corny, but Lincoln Financial Field is going to be rocking on Sunday as fans are beginning to buy into the Eagles' positive vibes. I certainly like the Eagles at (+3.5), and what the hell... let's just pick them to win outright while we're at it.

Bengals at Bears (-3): A year ago, I was fortunate to recognize pretty early that the Dolphins had something going for them, and were being underrated because their roster was so dreadful the previous season. I gladly took them plus the points often, and was rewarded for it. My early contender for the "people are sleeping on 'em" team this season is the Bengals, who are simply better than this garbage Bears team, and shouldn't be underdogs.

Texans at Browns (-12.5): The Texans surprised some with their blowout win over the Jags Week 1, but now they're facing a real team.

This wasn't on the QB. O-line didn't get it done. Period.

Eagles fans countered with, "Hey that all sounds familiar!"

I watched the game. Wentz wasn't good. He's basically the same guy he was last year.

I do agree their OL wasn't good either. And neither are their receivers. They're just not a good team. 👨‍🔬

Bills (-3.5) at Dolphins: The Dolphins are all by their lonesome in first place in the AFC East at 1-0, so Eagles fans should be rooting hard for the Bills in this one.

Patri*ts (-5.5) at Jets: I don't want to make too much of what I saw over two days in joint practices this summer when the Patri*ts visited Philly, but they did not look good... at all... and I'm mad at myself for picking them Week 1, knowing that they're not good. I'd love to pick against them this week, but unfortunately, the Jets looked even worse during joint practices with the Eagles than the Patri*ts did.

Raiders at Steelers (-5.5): I hate to base my pick on one matchup, but T.J. Watt vs. Alex Leatherwood feels like an extreme mismatch. Also, the Raiders had a crazy win Monday night, and now they have to travel across the country on a short week.

Saints (-3.5) at Panthers: Sam Darnold has three career wins over teams that finished with a winning record. The Saints had the No. 2 DVOA-ranked defense in 2020, and they're No. 1 after one game so far this season.

Because that feels bad to me.

Vikings at Cardinals (-3.5): I was curious if folks would overrate the Cardinals after they smoked the Titans Week 1. Some have, some haven't. I went to our Eagles power ranking roundup from earlier this week, and clicked on each of the links to see where each media outlet had Arizona. The results:

The Cards are capable of looking like world beaters form time to time, but their M.O. has been inconsistency. For example, the Cards went into San Francisco Week 1 last year (before the Niners were extremely banged up and still considered serious Super Bowl contenders), and beat them. Then they easily handled Washington. And then... they lost to the Lions and Panthers. So I'd like to see them look good for more than one week.

Interestingly, the Cards are only favored by 3.5 points, which very much feels like a trap.

Cowboys at Chargers (-3): In case you missed it, Cowboys are dropping like flies. Justin Herbert should have all day to throw.

Titans at Seahawks (-5.5): The Titans were the NFL's biggest disappointment Week 1, while Russell Wilson looked like an MVP candidate.

Chiefs (-3.5) at Ravens: Patrick Mahomes has beaten the Ravens in each of the last three seasons. The Chiefs survived a scare Week 1, while the Ravens had some weaknesses exposed on Monday Night Football. This is hilarious, by the way:

Ravens running counter trey but they do it on both sides so both pulling G's and T's run into each other pic.twitter.com/6n9znYe0Te

Anyway, the Chiefs remain the best team in football.

Lions at Packers (-11): I've seen a lot of, "Aaron Rodgers is going to destroy the Lions after getting embarrassed last week. Eh. Maybe. 🤷‍♂️