Where to find pupusas in Philadelphia 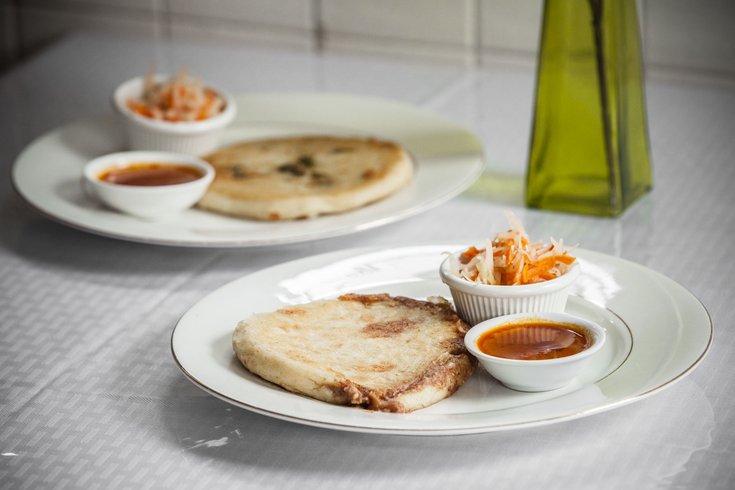 If the word "pupusa" catches you off-guard, it's for good reason: Few restaurants in Greater Philadelphia actually serve them.

And though they might sound foreign to the average Philadelphian -- silly to the tongue, even -- they're near-ubiquitous in the Central American country of El Salvador, where they originate.

"It's like a burger at McDonald's," Feliciano Villanueva, owner of Los Caballos Locos in South Philadelphia, told PhillyVoice of their common place in Salvadoran culture.

For that reason, it's almost a little puzzling that such a staple would take a back seat in Latin American cuisine. That's where Villanueva steps into the picture.

What is a pupusa?

Villanueva, who opened his Ecuadorian-El Salvadoran hybrid restaurant at 1101 Ritner St. in August, was surprised when he moved to Philadelphia from San Francisco and had to drive to New York just to find a pupusa. (He moved to the United States from El Salvador when he was 14.) Part of what he hopes to accomplish with his new restaurant is to provide an education for neighbors who've likely never even heard of a pupusa, let alone tasted one.

"Pupusas are very, very popular in El Salvador," Villanueva explained. "Neighbors around here get curious. 'What's a pupusa? What's in it?' And I try to make the time to give them the right information. Because it's new for a lot of people around here."

So, here's the 411: A pupusa is, in its most standard form, corn mix and slow-cooked pork and cheese in a pancake-like shape. Dough from the corn mix is rolled and pressed into a concave ball, where the fillings are inserted. It's then rolled again and flattened into a patty -- unlike a quesadilla, which is folded. It's laid onto a grill and is visibly finished, Villanueva explained, when cheese seeps from its interior and starts to brown.

Alternative fillings -- non-meat options -- include refried beans and cheese, or a simple filling of loroco, buds of a flower from El Salvador that have the bitterness of asparagus, with a woodsy overtone.

The pupusa is served with a fork, though it's often eaten by hand. It's starchy and filling to eat and almost always is served alongside pickled cabbage with chili pepper flakes and a light tomato sauce for dipping.

Because of its simplicity, Villanueva said, it's the kind of food that El Salvadorans eat as an appetizer, a snack on the street or as a full meal.

"It's the one thing you get to eat all day," he said. "Breakfast, lunch or dinner."

And though he hopes his restaurant can help usher in a wave of pupusa-makers, Philadelphia's options remain limited. But that's not to say there aren't some options.

Here are a handful of places where you can find a pupusa:

Villanueva said his restaurant, opened alongside wife Patricia Mendosa, serves four primary pupusas: loroco, beans and cheese, pork and cheese and a pupusa with a mozzarella filling. They're individually priced at $1.75 each; customers, he said, will order one or two for a snack or three or four (or more) as a meal. Villanueva said he's happy to accommodate those who want to customize their filling or mix and match with other ingredients he's capable of purchasing. 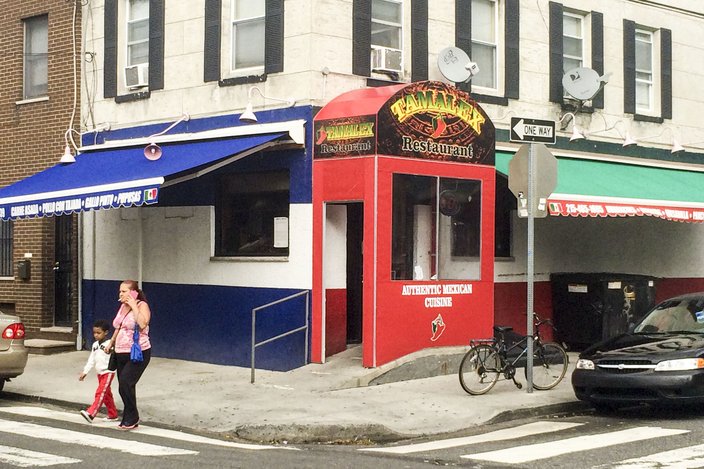 Tamalex manager Efren Pena told PhillyVoice about 60 percent of its customers are from Honduras and ask for pupusas. Honduras, he explained, caught the pupusa bug from El Salvador and also became a mainstay of its culture.

Because three of his cooks are Honduran and know how to make them, Pena began offering them at the restaurant five years ago. Since then, he said -- with a bit of a chuckle -- he's noticed others follow suit.

An order of pupusas at Tamalex comes in sets of three and costs $6. Stuffing options include pork and cheese, beans and cheese and ground beef and cheese.

For $2, grab a pork and cheese, beans and cheese or -- mixing it up a bit -- chicken and cheese pupusa served with carrots and salsa on the side. Though it is a food truck, you'll reliably grab a pupusa (or two, or three ...) at the location below. 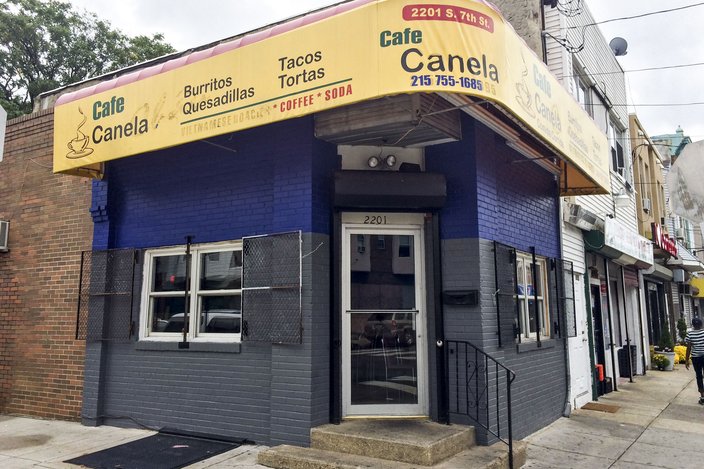 Outside of Cafe Canela, which serves Mexican and Central American cuisine -- including pupusas. (Brandon Baker / PhillyVoice)

Owner Rosa Navarro opened just a year ago. Though she originally started with traditional Mexican fare, she quickly found customers were asking for a broader array of foods. That's when she began whipping up pupusas.

"There's a lot of Central Americans in Philly and not a lot of places to go," Navarro told PhillyVoice.

As a result, she said she's witnessed others in the community grilling pupusas in their kitchens to meet the demand. It was an additional contributor to why she started making them.

"Everybody loves pupusas," she said through a smile.

Pupusas are served as a meal at Cafe Canela; orders come in sets of three and are offered with pork and cheese or beans and cheese. The three pupusas together cost $7.

The pan-Latin restaurant -- your most accessible bet for a pupusa in North Philadelphia -- bills its patties as an appetizer, stuffed with pickled mixed vegetables for $6.

Though it also serves Mexican and other Central American dishes, El Cuscatleco -- in addition to Los Caballos Locos -- is one of few restaurants within reach of the city to place an emphasis on El Salvadoran cuisine. So, in addition to the papusas -- priced at about $3 for all the standard options -- you'll also find tamales and El Salvadoran-style sandwiches.

Don't feel too left out, South Jersey friends: You're not without an option. The pupusa offerings at El Salvadoreno Pupuseria, while not quite as specialized as the name might suggest, are about as standard as the next. But you can get a standard pork and cheese pupusa for just $1.25, with the ability to add a third filling at no extra charge. So, rejoice -- and maybe loosen the belt.