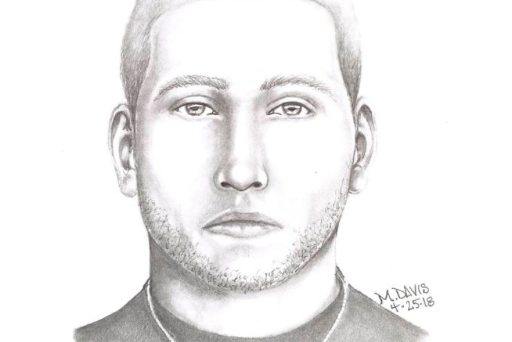 Police sketch of suspect in alleged sexual assault of Ardmore teenager on April 22, 2018.

Authorities in Haverford Township are seeking assistance from the public to locate a man who police say sexually assaulted a teenager he met through the anonymous social media app Whisper.

Investigators say the incident occurred in the Ardmore section of the township on April 22.

The teen told police the assault happened after she met the suspect on Whisper, an anonymous platform that is described as a place to vent and make personal confessions without fear of personal judgment.

The suspect was directed to the teen's house in Ardmore and subsequently sexually assaulted her, according to police.

Investigators described the suspect as a white male in his early 20s with blonde or reddish hair, a short buzz cut and a stubble beard. He's about 5-foot-7', stocky and has blue eyes. He was wearing a blue, short-sleeve shirt, black shorts, brown Timberland style boots and a gold chain around his neck, according to the teen's description to police. She said he smelled of cigarettes and referred to himself as "Joe."

Anyone with information on the identity of the suspect is asked to contact Detective Mark Johnson at mjohnson@havpd.org or (610) 853-1298, ext 1234.