Why do people cover their laptop cameras with paper? 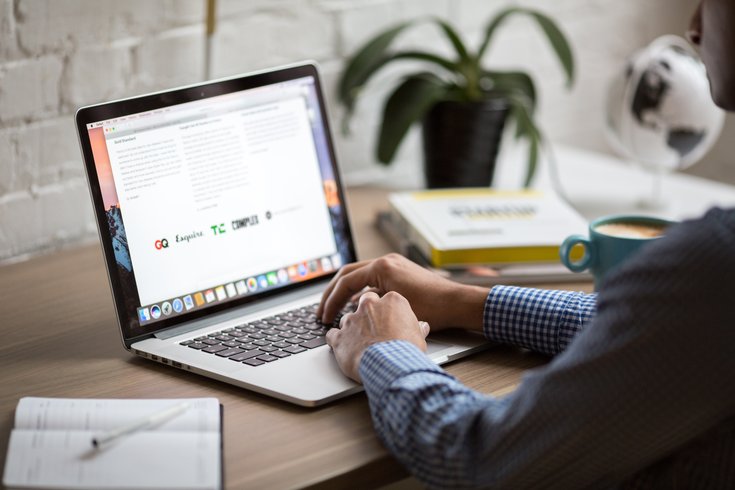 Perhaps you've noticed while at a coffee shop or library: laptop computers all around are crowned with a Post-It or little slip of paper covering their cameras.

Curious to understand why and whether it's warranted, we reached out to David Schuff, professor and chair of the Management Information Systems Department at Temple University's Fox School of Business.

People at coffee shops and elsewhere will tape over the camera on their laptop. Why do people do that?

I think that it doesn’t mean it’s always recording, but there is software you can download to your computer that will basically take over your camera and allow that stream of video to be broadcast somewhere. If you think about it, if you’ve ever used WebX for video conferencing, that window with your video on it, that’s delivered through a webpage--you connect through a website and then you can video chat. It’s that same technology that if you go to a website that downloads some software, it could be doing the same type of thing. Because people wind up going to websites where they don’t know exactly what it’s doing, they put the paper over the lens as a precaution.

Would you know if it’s recording?

Really, no. What they were doing for a while, was webcams would have a light that would turn on, but many laptops don’t have that light. So, there’s no real way to know if it’s on or not on. I think that because you can’t tell, you figure, ‘If it’s covered up, no matter what site I go to, somewhere that has the software on it, it can’t cause a problem.’

There’s also this other way this can happen, which is there’s a lot of phishing emails sent out—‘Click on this link.’ You’re not supposed to, but if somebody does you can download software that will install something called a remote access tool, or RAT, and that basically allows somebody to take control over your computer. One of the things you can do when you take control is turn on the camera.

• The general concern is that software downloaded inadvertently while browsing the web will lead to hacker surveillance.

• Some of the concern is also over social media companies like Facebook using cameras and recording devices for advertising.

• A less makeshift version of the camera-covering papers can, in fact, be purchased.

• One of the biggest examples of laptop surveillance actually occurred in Lower Merion.

Have there been any notable hacks in the past where this has happened and damaged someone?

There was—this has been going on for a while, but there was a story in 2009 that said this could happen… Lower Merion had an issue with this a few years ago, where they were giving students laptops but had left software on there that would allow them to turn on the camera without the students knowing. A well-known local case.

Outside of putting paper over your camera, any preventive action you could take?

You could go into your settings and turn off the camera. That’s one thing…

That tends to be something that is practically difficult to do. As low-tech as it seems, putting a little piece of paper over your lens is a pretty good solution. In fact, there’s a whole industry of people who sell little stickers that stick to your laptop, over the camera. There’s a little slider, so if you slide it to the left it covers your camera, and to the right it uncovers it. You can buy packs of them pretty cheap because really it’s just a piece of plastic that goes over it.

Wouldn’t this be a bigger concern for smartphones and other technology like Amazon Echo?

Pretty much all the devices we carry have the ability to turn on and record. Echo really doesn’t record until you say that word, ‘Alexa.’ Unless you say that, it doesn’t store that recording. I guess it’s possible in the future you could download something that would hijack that device just like it hijacked your computer. But it’s a little harder, especially in the case of Google Home or Amazon Echo, to hack it because it’s more of a closed system. It’s harder to install software on your Echo. Whereas it’s a little easier to do it on your smartphone and very easy on your computer.

I think the more open your device is, the easier to install software, the more a risk it is.

There’s this issue where apps will get banned from the App Store because they’ll access your camera—‘Do we have permission to access your camera?’—when it’s not an app that should need your camera to operate. And you wonder, ‘What does it do?’

There’s also some paranoia, or concern, over Facebook. What you’re hearing more and more, is people will be talking about something and then go into their smartphone app and see an ad related to what they were talking about. What the current tip is, if you don’t want that to happen, is you go into Facebook and turn off the Facebook access to your microphone. The fact Facebook thought it needed access to your microphone is a confusing thing.

A lot of that stuff was spurred on by new European regulations. Those have had a deadline recently and all these privacy notices going out are basically to comply with that. One of the things I’ve been reading is you should go in and read carefully what those privacy regulations are giving them permission to do. It’s an opportunity to review all these relationships you’re having with all these online companies.