Why she stays: Keeping the children safe from an abusive spouse 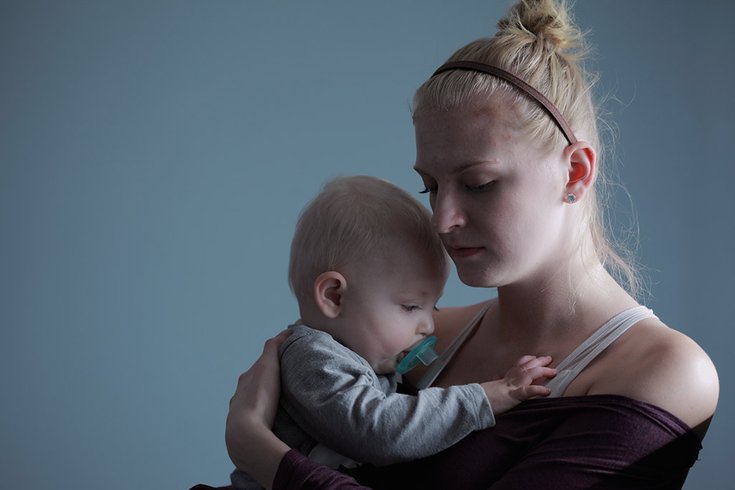 Sharon was in the front room when she heard her 3-year-old daughter Maggie scream in pain. She quickly ran to the back bedroom and found Bryson, her husband, holding their writhing child. He was trying to soothe her.

“Mama!” the little girl screamed and reached for her forcefully. “Mama!”

“My belly!” the little one cried. She lifted up her shirt.

A pink welt on Maggie’s belly was clearly visible. Bryson had pinched Maggie’s stomach, hard. An accident? How do you accidently pinch and twist someone’s skin?

Sharon held the little girl close. “That must have really hurt, Maggie.”

“It was an accident,” her husband repeated again. His voice was stern, matter-of-fact.

“And, remember, Maggie,” he stated as Sharon carried their daughter out the door, “We don't bite people.”

Sharon took Maggie to her room and held her daughter close. They were alone and hence, both could breathe more deeply.

“Daddy said it was an accident,” Sharon affirmed softly, repeating her husband’s words only because an alternative explanation was too heavy of a burden to place on her daughter’s small shoulders.

“This will really help,” she said trying to smile.

The pink welt on Maggie’s skin would disappear rather quickly but the knot in Sharon’s stomach remained.

Sharon’s story won’t make headlines, not even close. Gratefully, Bryson isn’t the worst-case scenario. Some abusive men end up killing their children as an expression of their rage. In a Brown University analysis of over 30 years of data, it is estimated that there are 500 cases of parents committing filicide (the killing of one’s child) in the United States every year. In more than 70 percent of the cases, the children killed are under 6 years of age. In nearly 60 percent of all filicide cases, the perpetrator is the father.

But Bryson is a loving father, welt to the belly notwithstanding. He’s a respected member of their church community. He’s the life of the party — charismatic and witty. The state’s children and family services will never be called to investigate his home.

“The only downside really is his temper,” Sharon tells me after recounting the above story. “He can get really mean.”

Usually, this meanness isn’t directed toward their daughter. Bryson usually saves his loud, profanity-laced criticisms for Sharon when Maggie isn’t within earshot.

“There are weeks when things seem normal; when things are going really well,” Sharon says. “But then I unknowingly step on a live wire and I’m reminded again that there’s this hidden dimension to my life that is pretty awful.”

The awfulness factor multiplies tenfold when Sharon considers Maggie and her wellbeing.

In her blog post, “Is it OK to fight in front of your kids?” respected child psychologist Dr. Laura Markham highlights how frightening it is for small children to see their parents yell at each other. “In fact, even a sleeping infant registers loud, angry voices and experiences a rush of stress chemicals that takes some time to diminish,” she writes.

Does this mean parents should never argue in front of their children?

If by “arguing” one means yelling or name calling, then the answer is clearly yes. However, it’s really beneficial for children to see their parents respectfully disagree and then resolve their differences. Markham continues: “Even when tempers get a little hot -- if you can resolve things quickly and your children see you repair and reconnect, you're modeling the resilience of relationships.”

But this isn’t what happens in Sharon’s home.

There were lots of warning signs in her early years of marriage before Maggie was born, indications that Bryson struggled with deep currents of anger. When Sharon got angry, she needed quiet, time alone, long walks. Not so with her husband. Sharon remembers the day she came home to find she was locked out of their bedroom — all of her clothes dumped in a big pile in the hallway. She remembers food being thrown at the dashboard of the car while she was driving. She can’t remember how many times she watched a fist hit a nearby wall or table, followed by a loud “F*ck you!”

But she stayed. He never hit her. The good outweighed the bad.

Then Maggie came along and things got more complicated.

Nonetheless, Sharon won’t be filing for divorce anytime soon, though the thought occasionally crosses her mind. “I think about it, especially on really hard days.” But then she imagines what it would be like to share custody. She reflects: “It’s hard to imagine leaving Maggie alone with him for days on end. It’s hard to imagine not being there to protect her.”

Ever since I wrote about the profound failings of America’s family court system, I’ve wondered about the choices facing individuals like Sharon. As incredulous as it sounds, should Sharon choose to divorce and fight for full custody on the grounds of emotional or physical abuse, she runs the real risk of losing Maggie altogether.

“One of the main reasons why mothers don’t leave abusers relates to the fear of the loss of custody,” states Sue Julian, former team coordinator for the West Virginia Coalition Against Domestic Violence.

Domestic violence takes many forms. Women, as well as men, can be the perpetrators. Verbal, sexual, and physical dimensions of violence in a home deeply impact the emotional health of generations.

Gratefully, Sharon has taken it upon herself to do the hard inner work of healing. She is in therapy, sorting through her own troubled childhood that led her to be attracted to Bryson in the first place. She interacts with Maggie in non-violent, gentle, and authoritative (vs. permissive or authoritarian) ways. Finally, she has invited Bryson to join her in this quest.

“I’ve invited him to investigate his anger,” she states. “I have no idea if he’s willing to do this, but at least I asked.”

Some may find it easy to fault Sharon for choosing to stay. After all, living with an abusive parent puts Maggie at risk. The character of “Carol” featured in “Daddy Jekyll Daddy Hyde,” recalls a particular moment in conversing with her young daughter whereby she knew she needed to leave an abusive marriage. And while this choice was difficult, her claim to custody wasn’t contested. Carol is grateful for that moment and the new chapter in her life that has dawned.

There have been no “I must leave now” moments for Sharon.