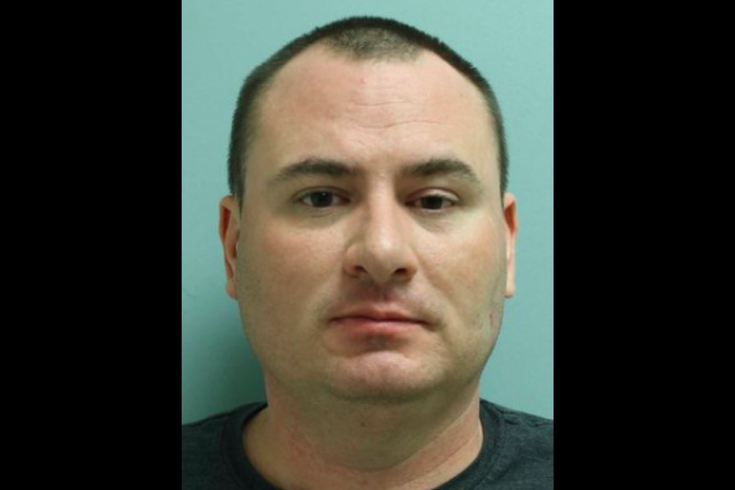 The wife of a beloved police chief in a western Pennsylvania town said she is "devastated" by charges that her husband attempted to solicit sex from a minor online.

Michael W. Diebold, who served as chief of police in Leechburg, Armstrong County, was arrested last week after prosecutors said he solicited sex online from an undercover agent posing as a 14-year-old girl, according to the Pennsylvania Attorney General's Office.

The shocking charges came with added torment for the family of the 40-year-old chief, whose community rallied around him six months earlier after he lost his left hand and part of his arm in a fireworks incident, according to The Morning Call.

In the weeks after Diebold's injury, he got married to his wife, Danielle, who in a statement to Time expressed horror about the child sex solicitation allegations.

“I don’t know how to pick up all these broken pieces and find a way to put them back together and go on with my life, but I have to try to find a way for my children,” Danielle Diebold told the magazine. “I am broken, devastated, humiliated, and I was completely blindsided.”

On multiple occasions, investigators said an undercover agent told Diebold he was an underage female. Diebold allegedly sent the agent inappropriate pictures, solicited the agent for unlawful sexual contact and made arrangements to meet the agent.

Diebold was arrested after arriving at a location where he had expected to meet the girl and allegedly admitted to posting online personal ads for several years, according to a criminal complaint cited by the Pittsburgh Post-Gazette.

“This case is particularly heinous because the perpetrator is a public official, sworn to serve and protect the community,” Attorney General Josh Shapiro said. “We have a zero-tolerance policy for the sexual abuse of children and my office will prosecute any offender to the fullest extent of the law, no matter who they are.”

Leechburg, a town of about 2,000 people, employs just three full-time officers and a handful of part-time staff.

Diebold is charged with unlawful contact with a minor and criminal attempt to commit involuntary deviate sexual intercourse, both first degree felonies. He's being held at the Westmoreland County Jail on a $500,000 bond ahead of a Jan. 16 hearing.