Will Smith reveals bad pitch behind his rejection of 'The Matrix' 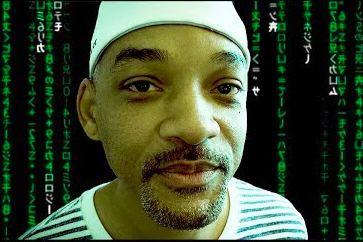 Will Smith had the opportunity to be The One, but he turned it down.

At 50 years old, Will Smith is at a point where he can start to reflect on a larger sample size of successes and failures in his acting career.

From the standpoint of a fan, it's always been baffling why one of the biggest stars of the mid to late 90s would have turned down a movie as visionary as "The Matrix." Why anyone would do so to make "Wild Wild West" is even more of a head-scratcher.

RELATED: The first 'Aladdin' trailer is here and Will Smith is a very blue, muscular Genie

We've heard Smith apologize for "Wild Wild West" before, and we've also heard him say that Keanu Reaves was much better suited for the role of Neo.

For the first time this week, Smith publicly delved deeper into his thought-process behind turning down the breakout film by sibling, director duo the Wachowskis. To hear Smith tell it, their pitch was horrible, and they kind of sounded like stoned teenagers as they explained the film's aesthetic.

The Wachowskis' film raked in $463.5 million at the box office and spawned a franchise. They may have been college dropouts with one movie under their belt, but they were sitting on a goldmine and Will Smith said no thanks.

Smith doesn't seem to be bothered by his decision to pursue the film, possibly because it gave other actors opportunities that they nailed. His involvement would have created a ripple effect that dragged down the overall quality of "The Matrix." It was ultimately a film whose concept and visual design needed to be more front and center than any individual actor.

"At that point I wasn't smart enough as an actor to let the movie be," Smith told Wired in 2004. "Whereas Keanu was smart enough to just let it be. Let the movie and the director tell the story, and don't try and perform every moment."