'Ride for Solidarity' organized for cyclist killed in hit-and-run

William Lindsay, 32, is the third bicyclist to die in a crash within a month 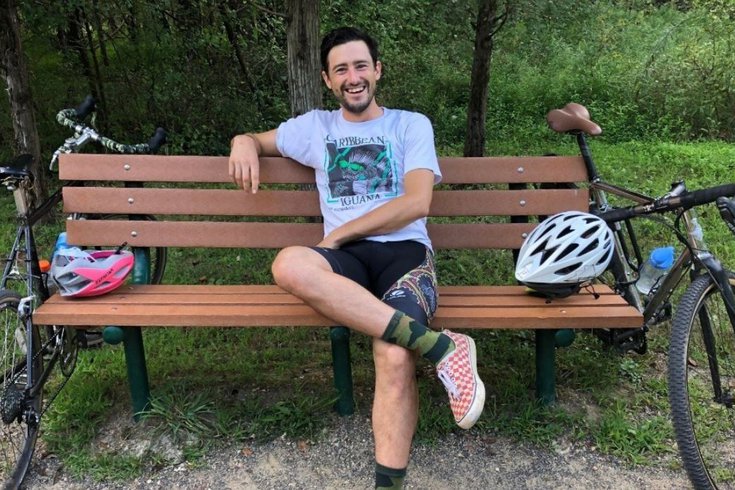 A memorial bike ride has been organized to honor William Lindsay, a skilled cyclist killed in a hit-and-run on July 12, and to help bring awareness to cyclist safety in Philly. The ride takes place July 26.

On Sunday, there will be a bike ride through Philadelphia to advocate for safer cycling conditions in the city and to pay tribute to cyclists who have recently died.

The "Ride for Solidarity" was organized by loved ones of William Lindsay, a 32-year-old man originally from Havertown, Delaware County, who was killed in a hit-and-run while biking less than a mile from his home in the city on July 12. The incident occurred around 8:35 p.m. on the 3800 block of Ridge Avenue.

RELATED: Surprise flower displays to pop up around Cape May this summer

The ride is scheduled for 1 p.m. Riders will start at the Dell Music Center and end at Laurel Hill Cemetery.

Lindsay is the third bicyclist to die within a month in Philadelphia from a motor vehicle accident. Sam Ozer, 17, was struck on a section of Henry Avenue in Roxborough and Nadir Nafis Holloman Jr., 18, was struck on the 700 block of Kelly Drive.

An article published by the Bicycle Coalition of Philadelphia calls all three stretches "untamed roads where motorists feel comfortable breaking the speed limit, and can do so with impunity." It also states that cities have seen motorists driving more aggressively since the coronavirus pandemic began. In response to the more dangerous conditions, the Recovery Streets petition was created to address those issues.

In addition, the city has a goal of zero traffic deaths by 2030 through Vision Zero.

"Traffic deaths and severe injuries in traffic crashes are preventable," states the initiative. "We recognize that Vision Zero must continue to implement strategies to build safe streets, protect those who are most vulnerable on our streets, and enhance transparency and system-wide improvements."

Police still are searching for the driver who hit Lindsay. The vehicle has been identified as a white 2010-2015 Chevy Camaro with red stripes on the hood and trunk. The Philadelphia Fraternal Order of Police Lodge 5 is offering a $5,000 reward for information leading to an arrest.

A GoFundMe memorial fund has been set up for Lindsay with donations going to the Bicycle Coalition of Greater Philadelphia and Neighborhood Bike Works of Philadelphia.

"In honor of Will, and all cyclists whose lives have been taken too soon on these city streets, his family and friends are asking for donations to be made to two high-impact, cycling-centered, non-profits of Philadelphia," states the site.

As of Wednesday afternoon, the total amount that has been raised is $51,333, which surpasses the campaign's $50,000 goal.