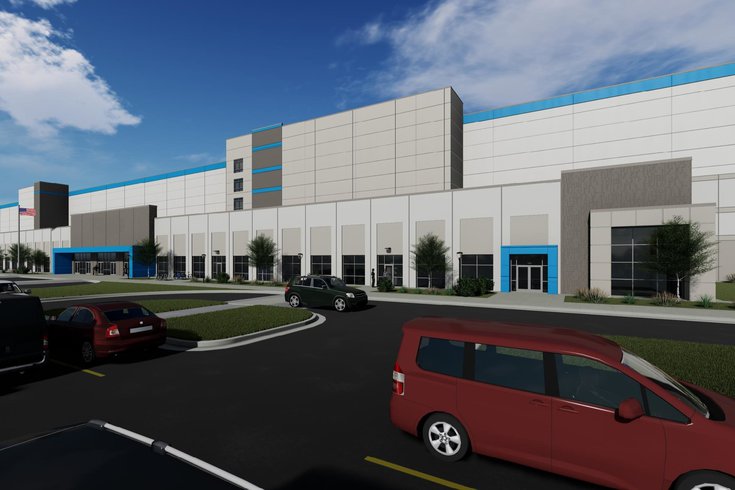 Amazon will bring 1,000 new jobs to the Wilmington area with a new customer fulfillment center at the sire of the old General Motors assembly plant new Newport, officials said. The 820,000-square-foot facility will be Amazon's third fulfillment center in Delaware.

Delaware Gov. John Carney joined Amazon officials this week to confirm the company's plans for a new, state-of-the-art fulfillment center that will bring 1,000 full-time jobs to the Wilmington area.

The facility, rumored for months, will be constructed at the site of the former General Motors assembly plant on Boxwood Road near Newport. The plant closed in 2009 and was demolished in 2019. Dermody properties will develop the project.

"Amazon already employs more than 2,500 Delawareans, and we welcome additional investment that will result in more jobs for Delaware families — especially at vacant industrial sites that are ideal for redevelopment," said Carney. "Delaware has a world-class workforce, a central location and a quality of life that is second to none. For those reasons and more, Delaware is a great place for businesses of all sizes to grow and create jobs."

The operations facility will cover more than 820,000 square feet on the ground floor. Employees will work alongside Amazon robotics technology to pick, pack and ship smaller items such as books, electronics, household goods and toys.

Amazon previously opened Delaware fulfillment centers in New Castle in 1997 and Middletown in 2012. Since 2010, Amazon has invested more than $2.5 billion in Delaware through its customer fulfillment infrastructure and employees.

New Castle County executive Matt Meyer praised the community for partnering with Amazon and other stakeholders in the project.

"When you have one of our largest commercial sites, one that hasn't created any jobs, barren for more than a decade, it speaks to the neighbors and the community here," Meyer said. "Now we're going to have the retail operation of the future, creating more than 1,000 jobs, and we'll have a workforce that will deliver for them."

A timeline for the project has not yet been announced.