The two bars will be commemorating the late actress on Jan.17 with a portion of the proceeds going to local animal shelters 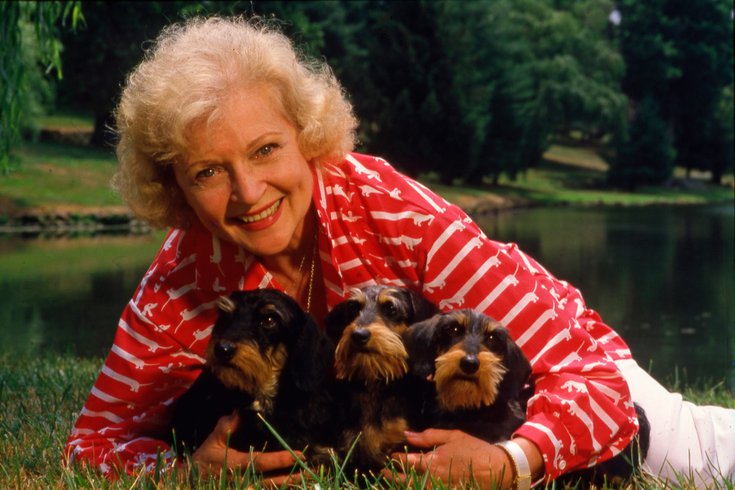 Wine Dive and Sonny's Cocktail Joint on South Street are celebrating what would have been Betty White's 100th birthday with a party in her honor on January 17th at 7 p.m. A portion of the proceeds will go to support local animal shelters and organizations.

Beloved actress and comedian Betty White died on Dec. 31 at age 99, just weeks short of her 100th birthday. The impending celebration had been widely publicized, including a December cover of People Magazine exclaiming, "Betty White Turns 100."

Despite White not reaching the milestone, two bars on South Street are determined to keep the celebration going forward as planned, by honoring her birthday on Jan. 17 with an all out bash.

Wine Dive and Sonny's Cocktail Joint – located at 1506 South St. – will be hosting "Betty's Birthday Bash." The festivities will begin at 7 p.m., and party-goers can expect some of White's favorite cocktails and snacks, along with a tribute to "the Queen herself."

A portion of the proceeds will go to local animal shelters and organizations, a cause that was supported by White throughout her life. Local animal shelters, including ACCT Philly, have been taking part in the "Betty White Challenge," to honor the late comedian's legacy.

The largest open intake animal facility in the region, ACCT Philly is currently operating at capacity, and has experienced large staffing shortages due to the impacts of the COVID-19 pandemic.

The challenge, in which Betty White fans donate (and urge others to donate) $5 to a local animal shelter on her 100th birthday, has the staff at ACCT Philly hopeful.

"We're actually doing $5 or five hours," Sarah Barnett, co-executive director of ACCT Philly, told 6ABC earlier this month. "Some people are in a tough spot, but do they have free time? Do you want to come help the animals? Also, $5 makes a huge difference."

On Jan. 18, Bennett and Raven from Philadelphia pop radio station 96.5 TDY are hosting a Golden Girls trivia night at Punch Line Philly. Proceeds will be going to benefit the Pennsylvania SPCA, in honor of White's enduring legacy as an animal rights activist.

A film that was being put together to celebrate White's birthday was also in the making prior to her death. The producers have since reformatted the documentary, and will be showing it in theaters across the country on Jan. 17.

Fans can find a list of movie theaters around the Philadelphia region showing "Betty White: A Celebration" through Fathom Events.