A totally visual -- and somewhat NSFW -- recap of Wing Bowl 24 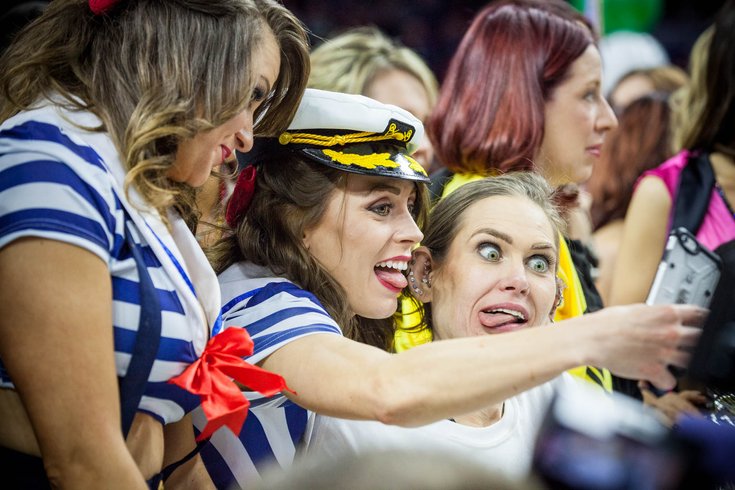 Another SportsRadio 94 WIP Wing Bowl is in the books. As always, there was no shortage of scantily clad women and gluttonous eating. But there was so much more.

Dennis Rodman made an appearance. There was a fight (or two). A record number of eaters were disqualified for vomiting. There were the floats, many of which took shots at Chip Kelly, Jeff Lurie and Howie Roseman. There was a "Can Cam" -- hint: it wasn't looking for empty beer cans -- and, of course, a "Kiss Cam." One of the contestants even ate a cactus as an appetizer.

Oh, and there were Wingettes too.

Of all the events I've covered, Wing Bowl is the one that is the hardest to write about -- you just have to see it to believe it. If you want more context for the photos and videos you'll see below, you can check out my story on Wing Bowl.

But I have a feeling you're more interested in seeing what happened than reading about it.