The ‘Alice Cooper of Mummery’ has been strutting for decades 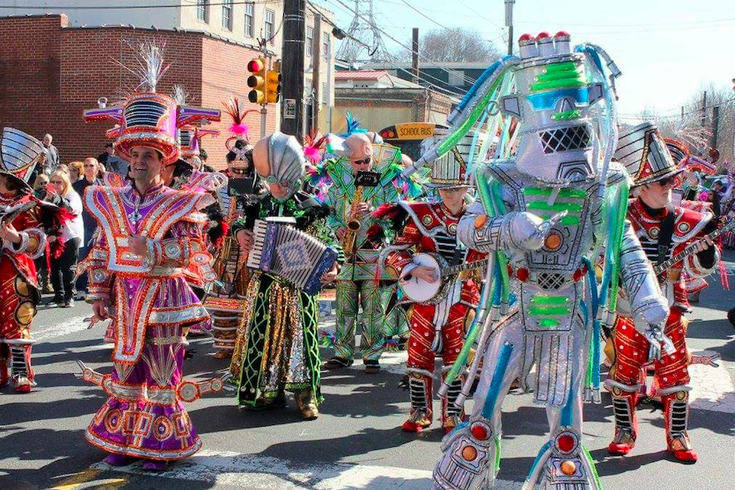 Although the veteran DJ with the Marilyn-Manson-meets-Ron-Wood visage currently spends weeknight evenings (7 p.m. to midnight) playing classic and current tracks from rock’s harder precincts on WMMR-FM (93.3), it turns out his passion is for sounds conjured by the plume-wearing, banjo-strumming, glockenspiel-tapping folks who comprise the String Band subset of the Mummers Parade, which steps off early on Jan. 1 for the 118 th time.

MORE FROM CHUCK DARROW: Five TV perennials to celebrate the holiday season | Jackie Martling shoots down Howard Stern feud rumors | A strong argument for 'The Dirty Dozen' being the manliest movie of all time

The guy longtime TV-Voice-of-the-Mummers Steve Highsmith affectionately calls “The Alice Cooper of Mummery” will spend his second consecutive year strutting down South Broad Street as a member of the Uptown String Band. But his participation in the annual cakewalk dates back more than 40 years, and his love of the only-in-Philly folk tradition—recently named by USA Today readers as America’s best holiday parade — began even earlier.

“When I was a little boy, my Aunt Millie used to have a house on Broad Street [in South Philly],” he recalled.

“I'd get my little milk crate and sit outside. These were the days when Broad Street was packed and stacked four-deep. It was like me seeing Mick Jagger now. I wanted to do that.” 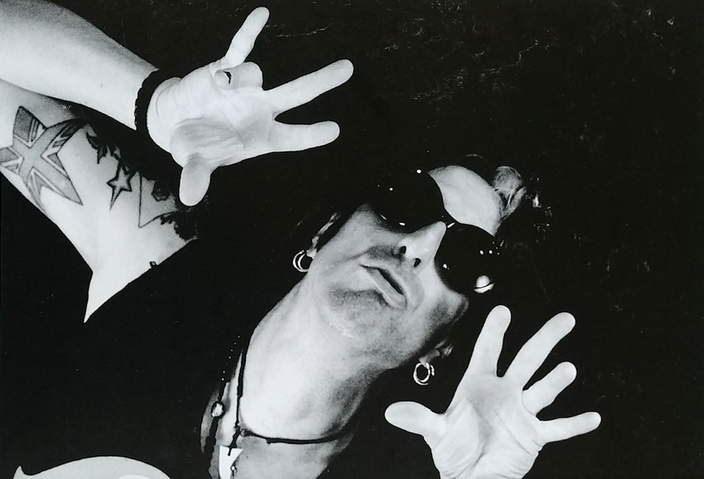 Bam Bam proudly noted that he is among the relatively few Mummers who have participated in every judging category: Fancy (now-defunct); Fancy Brigade, Comics and String Band. He started with Golden Sunrise when that group actually had competition in the Fancy judging sweepstakes, but left because of the lack of rivals that resulted when the Hog Island and Oregon ensembles disbanded.

He twice joined the notorious Froggy Carr Comics team. His first departure came when he opted to (successfully) try sobriety—a condition not necessarily held in high esteem by that organization. More recently, he left because being a Comic left him aesthetically unfulfilled.

“I'm walking down the street with guys drinking beer and talkin' about the Eagles game, which is cool, but I need to entertain,” he said. “I gotta be under the lights. I gotta put on a show.”

In 2016, he was recruited by Bucks County-based Uptown String Band, which was willing to work around his weeknight-job schedule (evening practices are standard throughout Mummer Land as so many participants have day jobs). Logically, he doesn’t have a central role with the troupe whose 2018 theme is “Voodoo Gras.”

“I guess you can call me an 'accessory dancer,' he said. “With me working at WMMR, it's difficult to make practice, but they found a spot for me. They've been very nice to me. They found a spot where I don't have to work too much with a choreographer.”

If performing as a Mummer is Bam Bam’s most vociferous passion, the future of the New Year’s Day extravaganza places a close second. He is worried that the daylong bacchanal is “slowly dying” because of what he sees as a lack of interest in the parade on the part of the under-18 set.

Praising the institution of Mummery for such good works as keeping keep kids off the street, charity fundraising and providing “a lifetime of friendship and passion in this unique institution,” he insisted education is key.

“If you lose tradition, you lose identity,” he reasoned.

"The kids today [are who] you wanna show and school and train about what a great, great tradition this is. I would love to see the next generation come and join us. If you play an instrument, contact me, and I'll point you in the right direction. I'd love to get you in a club, or even talk Mummery to keep this thing alive.”

But as long as there is a Mummers Parade and he is physically able to do so, you can be sure Jacky Bam Bam will be spending his New Year’s Days in the only place he can imagine.

“I love the Mummers!” he enthused. “Puttin on that suit is like puttin' on a Batman suit!”