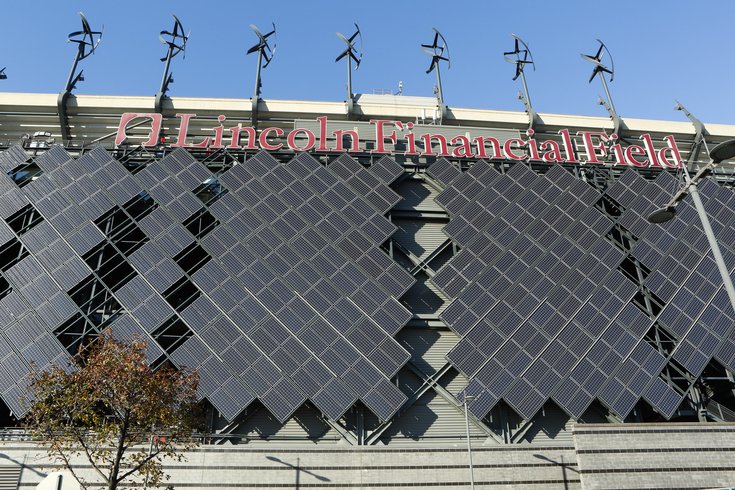 Read More
The state of solar energy in the United States is either rounding a turning point or hitting a crossroads, depending on the outcome of key decisions facing lawmakers and industry leaders.
Nationally, the last decade has seen an enormous expansion of solar capacity as photovoltaic power systems serve homes, schools, businesses, and utilities around the country. 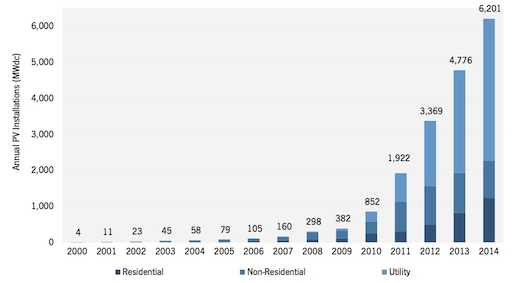 In 2014 alone, the United States installed more than 8 GW of solar power, raising national capacity to 20 GW. Solar energy now provides electricity to as many as 4 million homes in the U.S. and remains the nation's second-ranking source of additional electricity generating capacity behind natural gas, with a 32 percent share of new grid power.
Viewed from the standpoint of job creation, an industry with 15,000 employees in 2005 climbed to nearly 174,000 in 2014, propelled largely by the expansion of residential PV installations.
Alongside environmental initiatives, the single biggest factor in this growth has been the federal Investment Tax Credit (ITC), established as part of the Energy Policy Act of 2005. Under the ITC, investment in both residential and commercial solar systems allows installers and property owners to apply a 30 percent tax credit on income, relative to the amount of solar investment.
Congress gave the ITC an 8-year extension in 2008, enabling necessary breathing room for the industry to mature. But after 2016, barring another extension or revision of terms, the ITC will drop to 10 percent for commercial projects and nothing for residential projects.
Despite the projected 31 percent growth target for solar power in 2015, curtailment of the ITC has forecasters concerned that shifting the cost burden to developers and consumers will set off a sharp decline in 2017.
With that looming cliff, the role of state governments is becoming increasingly important. As Scientific American recently noted, states already have a pivotal role in shaping policies and incentives to increase solar development:

Some of the growth, especially in emerging solar states, was attributable to state incentives for residential and commercial solar, the growing popularity of third-party leases offered by firms like SolarCity and Sunrun, and a desire on the part of large utilities to diversify their fuel portfolios to include renewable energy.

In Pennsylvania, where solar has lagged behind neighboring states, early indications are that newly seated Governor Tom Wolf wants to raise the state's solar profile.

Owing to a combination of resource availability, job growth, high profitability, and tax revenue, Pennsylvania's energy portfolio has long favored the growth of natural gas from shale.
Governor Wolf contends that his proposed budget, which includes a severance tax on natural gas production, is not a partisan idea. Political expedience may equally explain Pennsylvania's heavy share in the natural gas boom, but Wolf says the proposed severance tax will provide necessary funding for gaps in educational investment and vulnerabilities in environmental protection.
Among the governor's goals is reviving the lapsed Pennsylvania Sunshine Solar rebate program for homeowners and small businesses, State Impact reports.
In combination with investment from a large solar service provider, Sunshine Solar could help redeem Pennsylvania from its lackluster rating in the solar energy sector. 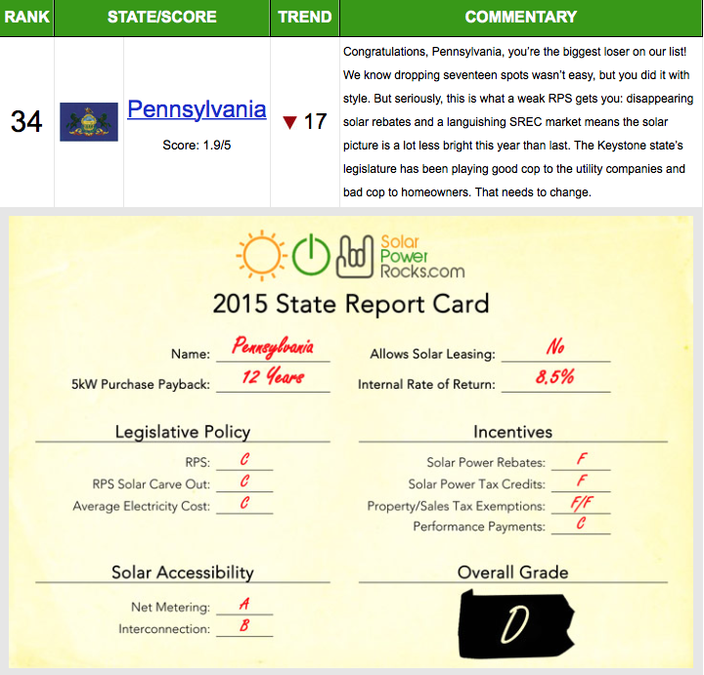 Funding for that program, which ran dry in November 2013, could come from another place, too: Wolf’s proposed $225 million bond package for alternative energy, which earmarks $50 million for it. The money could in theory result from Wolf’s severance tax proposal.

Also in play, according to the report, is renewable provider SolarCity, which has worked in more than a dozen states over the past 10 years. Though SolarCity does not currently have operations in Pennsylvania, it has announced plans to introduce lower-cost installation programs in Philadelphia and surrounding areas.
Private investments of this kind will be welcome in proving the value and viability of incentivizing solar expansion in Pennsylvania. The political battle over state funding figures  to be contentious. Wolf's proposals can be construed as asking one industry to subsidize its competitor, but this isolated view of the debate may not prevail if the greater benefits to Pennsylvania are reflected in the distribution of revenue and job growth.