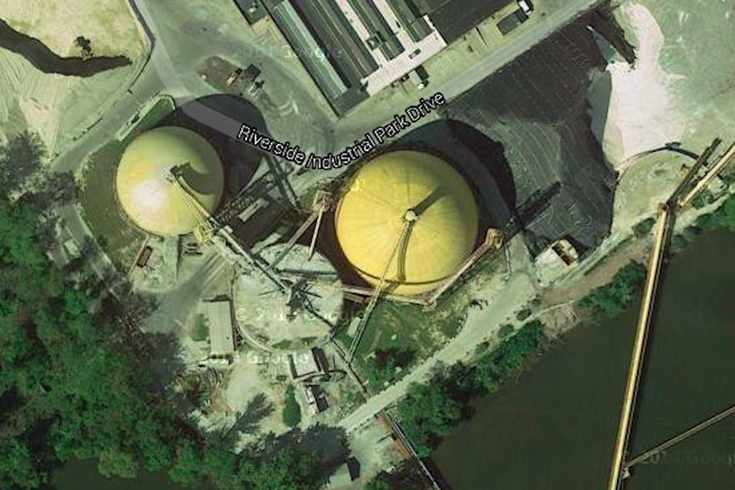 The Silvi Properties building, located in the Riverside Industrial Complex, collapsed in the early morning on Jan. 8.

Authorities say the body of a cement worker who was trapped in a silo collapse last week has been recovered, according to CBSPhilly.

Bristol Township police say the victim's body was recovered at about 2 p.m. Sunday.

The worker, who was presumed dead after an industrial silo collapsed in Bucks County early Thursday morning, was identified by family members as Tony Gabriele, according to 6ABC Action News.

Gabriele was caught among the rubble and debris from the collapse, which happened in the 7900 block of N. Radcliffe St. in the Riverside Industrial Complex. The collapse was discovered by a Bristol Township police officer  around 1 a.m. Thursday. Rescue crews are working to determine the best way to recover his body, Action News said.

According to the Action News story:

Gabriele is believed to have been working near the storage silo when it collapsed.

His brother tells Action News that Tony was the only person working at the silo last night, and he was supposed to get off at midnight.

The Silvi Properties building, according to the company website, housed materials used to produce concrete.

Gabriele's cell phone is pinging off nearby towers according to the Bucks County Courier Times, but his exact location at the time of the collapse remains unknown.

The cause of the collapse is not yet known. The Occupational Safety and Health Administration (OSHA), will be investigating the accident. However, there have been issues at this property in the past, the Courier Times reports.

An OSHA spokeswoman in Philadelphia confirmed there were three prior inspections at the North Radcliffe Street property; two inspections were initiated in 2004 and the result was in-compliance inspections.

The agency also conducted an inspection of the property in 2012 as a result of a complaint alleging fall hazards and limited means of egress from a vessel, spokeswoman Lenore Uddyback-Forson said.

As a result the company was cited for misusing an aerial lift as a crane to offload materials from the shipping docks, Uddyback-Forson said. The fall hazard complaints were unfounded, she said.