Young, low-income delegates feeling the squeeze of DNC in Philly 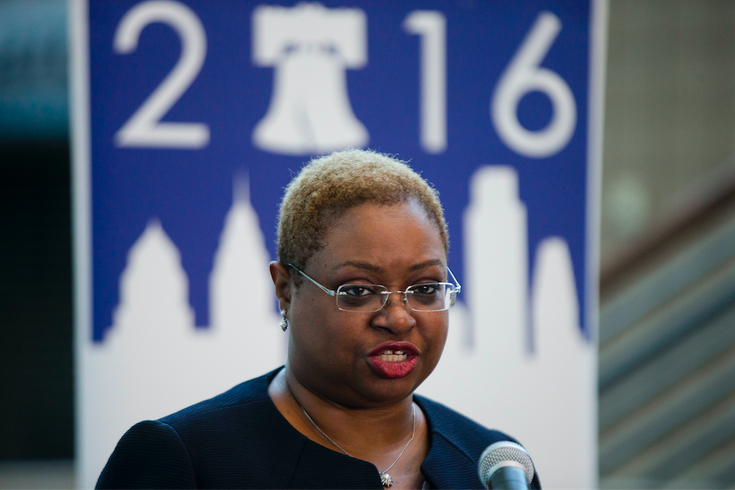 The 2016 Democratic National Convention in Philadelphia is just under a month away, and while Mayor Kenney has urged locals to stick around for the fanfare, many delegates for both Bernie Sanders and Hillary Clinton are struggling to afford the costs of attendance.

DNC officials say the event from July 25-28 will deliver an estimated economic impact of $250-300 million to the Greater Philadelphia Area, yet those who will be instrumental in the proceedings are faced with sky-high hotel bills and fees for associated events.

Delegates pledged to both Hillary Clinton and Bernie Sanders told Vice News that the per-person cost of the four-day trip to Philadelphia will cost anywhere from $3,000 to $8,000, a price tag that may constrain those who are younger or come from a low-income background.

"When we ran for delegate positions we knew it was going to be a little pricey, but none of us knew how expensive it is," said Andrew Niquette, a 19-year-old chef and Bernie Sanders delegate from Georgia. His estimated bill is $8,000, including $1,000 per night in hotel expenses. 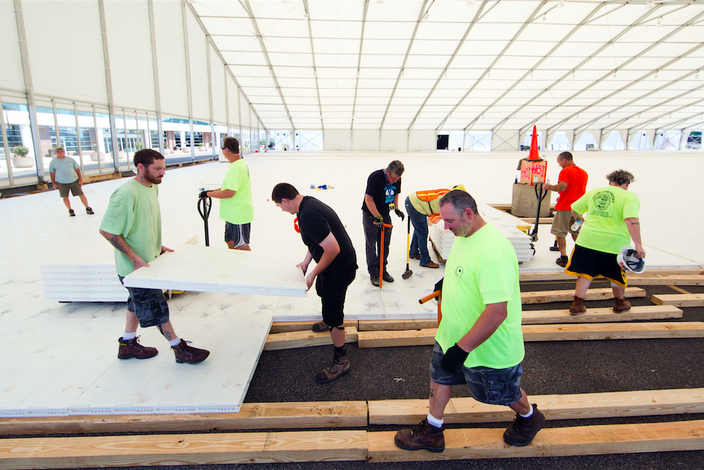 Workers assemble flooring in Temporary structures outside the Wells Fargo Center ahead of the 2016 Democratic National Convention in Philadelphia, Wednesday, June 22, 2016.

The DNC has blocked out rooms at approximately 26 Philadelphia hotels within a reasonable distance of most required events at the Wells Fargo Center. That includes the Lowes Philadelphia Hotel, where the cost-per-night will be $429 for the New York delegation. On any other weeknight, the same rooms would be booked in the range of $229 per night, but most of the city's hotels have hiked nightly rates for the week of the convention.


Niquette and others say that delegates are practically compelled to stay in the DNC-appointed hotels because daily events start at 7 a.m. and require a lengthy Secret Service security check.

Left with few options, many of the younger and poorer delegates are turning to crowdfunding to make their way to Philadelphia. Niquette, who set a goal of $3,600 on GoFundMe, has raised $1,045 in the span of about a month.

"I am trying to self-fund the rest of the money I need by working 70 hour weeks," Niquette added. 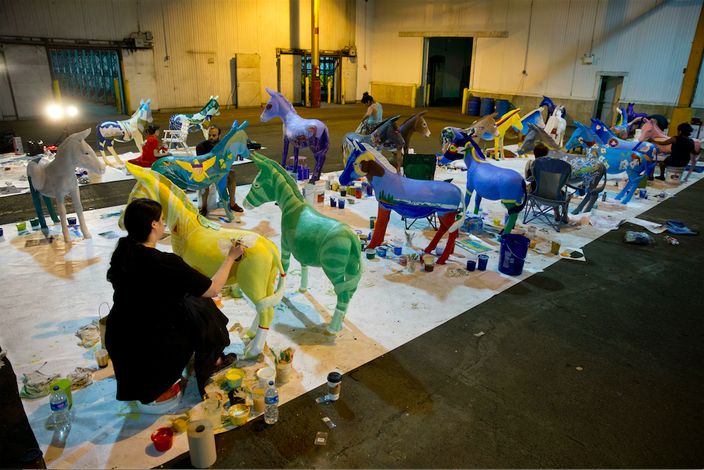 In this Tuesday, June 21, 2016 photo, an artist coordinated by the Philadelphia Mural Arts Program paints a donkey sculpture that will be placed throughout the city for the 2016 Democratic National Convention, in Philadelphia. The program features more than 50 fiberglass donkeys.

It's not easy raising money for official political travel at the delegate level. Donors fearful of fraud have legitimate concerns about verifying the authenticity of a fundraiser's credentials, and while state parties and candidates themselves are permitted to make donations, the largest state delegations prove prohibitive to bankroll at this stage of the campaign season.


Hundreds of delegates have nevertheless set up crowdfunding campaigns to pay their way to and through the convention. One Sanders volunteer even developed an Adopt-A-Bernie-Delegate website to help pool money together for airfare, accommodations and ritzy events such as the $200 "Breakfast and Bash," where delegate credentials will be distributed.

"Politics is expensive to participate in, unless you want to be a volunteer," said Matt Hughes, a Clinton delegate from North Carolina and chair of the Orange County Democratic Party, in an interview with Vice. "I do feel like folks need a little skin in the game, but I also think it needs to become more affordable."