The historic Pottsville-based brewery's products will be available in Missouri, Kansas and Oklahoma early next year 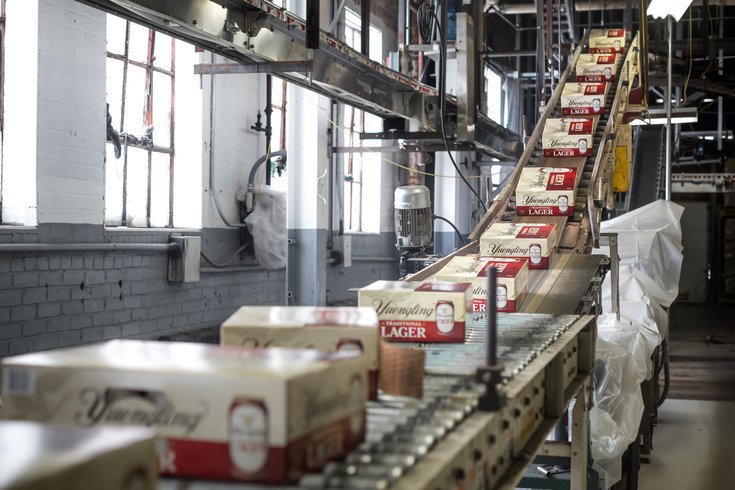 Yuengling's ongoing expansion will reach another three states in early 2023. The company announced it will start selling beer in Missouri, Kansas and Oklahoma, bringing the Pennsylvania-based brewer's footprint to 26 states.

By early next year, Yuengling's beer will be available in more than half the country as the company moves into another three states — Missouri, Kansas and Oklahoma.

The Pottsville-based brewery recently announced the expansion as part of its partnership with Molson Coors Beer Company, which saw Yuengling products reach deeper into New England and in some western states, including Texas, over the course of the last year.

MORE NEWS: Next beer in PA Pride series is an amber lager from Deer Creek Malthouse

“These states are home to passionate fans, loyal beer drinkers and great partners, and we’re looking forward to bringing the goods to fans across these states," said Jennifer Yuengling, vice president of operations for D.G. Yuengling & Son.

We'll see you in early 2023, Missouri, Kansas and Oklahoma! 🍻 pic.twitter.com/UEkhNPohBC

Yuengling, founded in 1829, has two breweries. One is located in Pottsville, Schuylkill County, and the other is in Tampa, Florida. The Pottsville location supplies states northward through New York, westward until Illinois and Kentucky, and southward through Georgia. The Tampa brewery serves Florida, Alabama, Kentucky, Arkansas and Tennessee.

Yuengling recently brought back a limited-run of its popular Hershey's Chocolate Porter, a 4.7% ABV beer that has celebrated the two long-running Pennsylvania brands since the collaboration began in 2019. The beer combines Yuengling’s 193-year-old Dark Brewed Porter recipe with the signature taste of Hershey’s chocolate.