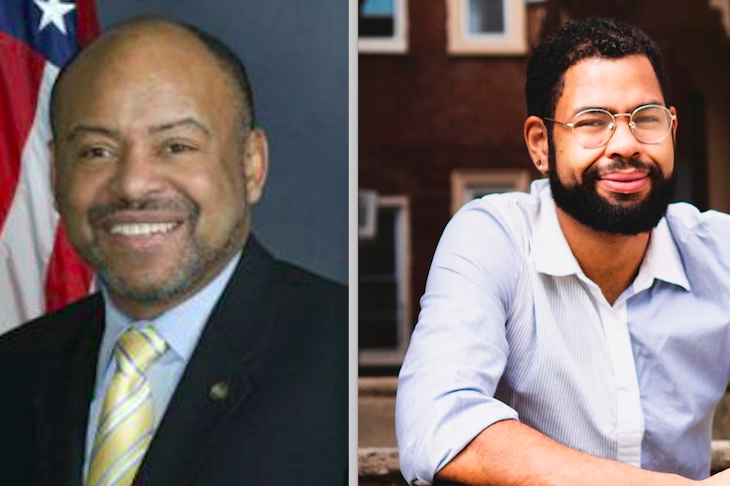 Krajewski declared victory Monday in the four-way race, the Associated Press reported. He held a 2,600 vote lead over Roebuck, who has represented the West Philly district since 1985.

Krajewski has received about 46% of the votes. Roebuck has 27% while Gregory R. Benjamin and Karen Dunn each have about 13%.

Election workers must still count about 1,500 to 2,000 ballots that were damaged and could not be scanned, the AP reported. Another 446 ballots that arrived by June 3 without a postmark or a legible postmark also must be counted.

All primary election results are considered unofficial until they are certified by the Pennsylvania Bureau of Commissions, Elections and Legislation. Counting of votes in Pennsylvania's June 2 primary election has been delayed by processing of the high volume of mail-in ballots.

Krajewski declared his victory in a Zoom call Monday alongside Nikil Saval, a fellow progressive who won the First District Senate primary. Krajewski, who graduated from the University of Pennsylvania in 2013, has worked with Saval at Reclaim Philadelphia, a progressive group founded by former staffers and volunteers of Sanders' 2016 presidential campaign.

Krajewski's campaign and prior organizing work focused on criminal justice reform and access to education. He has worked as a tutor for a Philadelphia public school and aided District Attorney Larry Krasner's 2017 campaign.

Roebuck, a Democrat, is one of the longest serving members of the Pennsylvania House of Representatives. He also is the ranking Democrat on the House Education Committee.

Krajewski also thanked Roebuck for decades of service to West Philadelphia constituents in a Facebook post declaring his victory.

We are incredibly proud to announce we have won our election! I am eternally grateful for the family, friends,...

"I want to thank Jim Roebuck for his long record of service as State Representative for the 188th District," he wrote. "You were always a champion for public education, and you were a black elder statesman that served the constituents of our district for generations."

Krajewski will not face a Republican opponent in November's general election, sending him straight to office in Harrisburg.