With $3 movie tickets, theater operators hope to lure people back 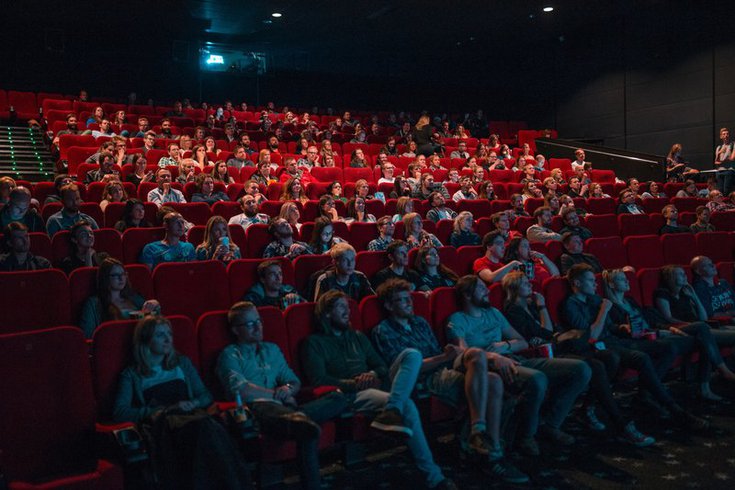 Dozens of Philadelphia-area theaters are selling $3 movie tickets for shows on Saturday, Sept. 3. The discounted ticket promotion is part of National Cinema Day, which aims to entice people back to the movies over Labor Day weekend, which is traditionally a slow time for theaters.

Looking for a reason to go see a movie over Labor Day weekend – how about extremely cheap ticket prices?

On Saturday, Sept. 3, movie tickets will cost just $3 at participating U.S. theaters as part of the newly minted National Cinema Day, which aims to entice people to movie theaters during a holiday weekend that historically is one of the slowest times for theaters.

MORE: Kids can visit Museum of the American Revolution for free during Labor Day weekend

The discount is being offered at more than 3,000 theaters, the Associated Press reported. National theater chains, like Regal Cinemas and AMC, are taking part, and so are major film studios. At participating locations, patrons can purchase tickets for any showing, in any format, at all showtimes, for $3.

Nationally, the average price of a movie ticket is just more than $9, and that cost has not changed much since 2018. In Philly and the suburbs, the price for a movie ticket is solidly above the national average, typically between $10-18 for a full-priced adult ticket, depending on the brand of theater and its location.

National Cinema Day is organized by The Cinema Foundation, the non-profit sector of the National Association of Theater Owners. It is the first large-scale initiative of its kind in the U.S. Dozens of movie theaters in the Philadelphia region are participating in the promotion. Moviegoers can search for a theater by location using the National Cinema Day website.

#NationalCinemaDay is Saturday, 9/3! All tickets, including IMAX and Dolby Cinema, are only $3+tax, and our fountain drink and popcorn cameo combo is just $5+tax. https://t.co/O6q3d38ats pic.twitter.com/e62sGqfmc7

The movie theater industry continues to try to rebound following the COVID-19 pandemic. Summer box office season showed signs of improvement with theater attendance rising, but still remaining 12% below the pre-pandemic summer of 2019, CNBC reported. Blockbusters like "Top Gun: Maverick," "Elvis," "Jurassic World: Dominion" and "Minions: The Rise of Gru" helped draw audiences back this summer. Another positive sign is that people going to theaters are spending more on premium tickets and concessions.

Beyond Labor Day weekend, there traditionally is a lull at the box office from from August through October, a time when studios tend not to release major new movies. Cineworld, which owns Regal Cinemas, cited this down period in its recent bankruptcy filing. And this past weekend was the summer's worst at the box office, with horror film "The Invitation" as the No. 1 movie, recording just $7 million in ticket sales. All the current movies combined totaled $53.7 million, making it the season's lowest-grossing weekend, according to Deadline.

Theater operators hope the $3 movie tickets floods movie theaters with customers, prompting them to return throughout the fall. To further coax people back, each discounted movie on Saturday will be proceeded by a sizzle reel of previews for upcoming major films.

If you already have barbecue or beach plans this Saturday, don't fret: National Cinema Day could become an annual fixture, event organizers said.