The holiday is also the last chance to see Don Troiani's historical artwork exhibit, which was displayed over the summer 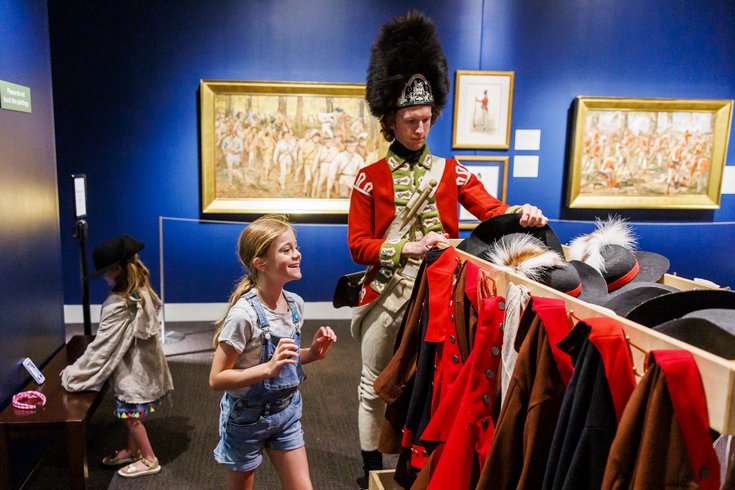 The Museum of the American Revolution will offer free admission to children ages 12 and under over Labor Day weekend. The holiday will feature activities, crafts and performances commemorating France's alliance with the Continental Army.

Families looking to escape the heat during the long Labor Day weekend can head to the Museum of the American Revolution for ticket deals, crafts and special exhibits.

In honor of the holiday, the museum will once again offer free admission to children ages 12 and under from Saturday, Sept. 3 through Monday, Sept. 5. Free tickets for kids are not available online and can only be claimed at the museum's front desk.

Labor Day also marks the last chance to see "Liberty: Don Troiani's Paintings of the Revolutionary War," a special historical artwork exhibit that was on display throughout the summer.

"Liberty" is the first major exhibition that features original artwork by Don Troiani, a nationally renowned historical artist. More than 45 paintings are on display, showcasing the dramatic reality of pivotal Revolutionary War moments like the 1775 Battle of Bunker Hill, General Washington's 1776 attack on Trenton, the 1777 Battles of Saratoga and Oriskany, and the 1781 Franco-American victory at Yorktown.

The art is paired with historic artifacts from the museum, lenders and Troiani's own personal collection that illuminate the story in each scene.

Join us over #LaborDayWeekend to wrap up a Revolutionary Summer!

Families visiting the exhibit can use the printed family guide, complete with games, activities and a scavenger hunt that makes kids eligible to win a prize.

The weekend also features commemorations of France's involvement in the Revolutionary War. Jean-Baptiste Donatien de Vimeur, comte de Rochambeau marched through Philadelphia on Sept. 2, 1781 on his way to Yorktown, Virginia. There, he fought alongside George Washington and helped defeat the British. The battle was seen as a major victory that led to the end of the war.