6ABC anchor opens up about his on-air medical scare 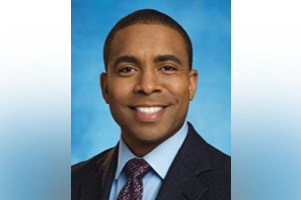 Get through this story. Just get to the commercial break.

Those are just a couple of thoughts that raced through Gray Hall's mind as he stammered uncharacteristically through a noontime Action News newscast on Sunday, Oct. 22, knowing something was very wrong.

RELATED READS: Fox News' Hannity decides not to pass judgment on Roy Moore | 6ABC news reporter to take leave after breast cancer diagnosis | 8 ways to reduce your odds of having an asthma attack

The 6ABC anchor opened up about his on-air medical scare in an Action News segment that aired Thursday night.

He is recovering at home after emergency surgery to remove a colloid cyst on his brain that was essentially causing his body to shut down, the report said. He has not returned to the set since the incident.

"A couple of weeks ago, we had a frightening incident right here in this studio," 6ABC anchor Jim Gardener said before introducing the segment.

Hall said he started having problems with his vision about an hour before he was set to start his third newscast that day. Then he grew dizzy and disoriented, he said, unsure of what to do except to wait it out in hopes that the symptoms would pass.

During Thursday night's segment, 6ABC replayed clips from his noon broadcast that day, which shows Hall hesitating and stumbling over his words.

"I was trying to be as calm as possible but my mind is saying, 'Oh my God, you're spiraling down,'" he told 6ABC's Brian Taff, who reported the segment. "In my mind, I'm thinking, can I really do this?'"

"Immediately, our phones began ringing off the hook as concerned viewers called to make sure he was OK," Taff wrote.

Hall also told Taff that at one point, when he went to toss a package to Hall from reporter Trish Hartman, he didn't know who Hartman was.

The station took Hall off the air shortly after 12:30 p.m., and he was soon rushed to the hospital. Tests found that the cyst, which had been diagnosed a month earlier, had grown rapidly, he said.

The cyst had blocked fluid in his brain from draining, and the building pressure caused his body to start shutting down, according to the report.

"Basically, I could've died," Hall said. "[His doctor] said it sounds like I was basically dying."

The surgery went well, he said, but he soon suffered an infection that kept him hospitalized for nearly two more weeks.

"It's been a tough bacteria to treat, keeping me in the hospital for such a long time," he wrote in a Facebook post on Friday.

"I'm not all better, but I am home now with my family. I can’t thank my 6ABC Action News family enough. They have truly wrapped their arms around me and my family during this difficult time.

"To all of our viewers, thank you for all of your messages of support and concern. I hope to be back at work soon, doing what I love."

The station said that while the initial incident was a scary one, Hall is expected to be back on the air soon.