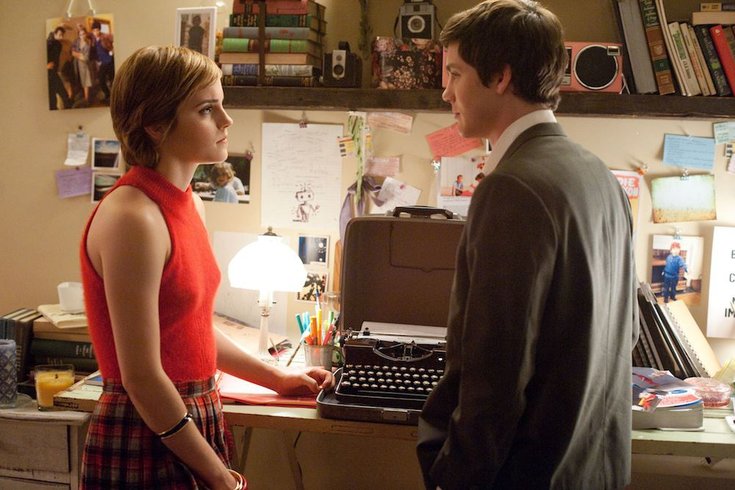 Perks of Being a Wallflower/Facebook

"Perks of Being a Wallflower" was released in 2012.

Christmas films are great and all, but not everyone is a fan. We can't all be enriched with the Christmas spirit.

So, here are seven anti-Christmas films that are perfect to sit alone in your room and watch when you need a break from the "Christmas magic" of literally everything and nurse your inner "bah, humbug."

This list has a combination of several elements because even though you don't like Christmas movies that doesn't mean you don't like an at least somewhat heartwarming story. Or maybe you hate everything and chaos is the only answer. Whatever it is, this list explores it all.

The film follows Donnie (Jake Gyllanhaal) as he learns from Frank, a demonic rabbit, that the world will end in 28 days. This movie may be set during Halloween, but it has the right elements to be the perfect anti-Christmas movie. Some people are just meant to be tragedies, right? Finish the film and listen to "Mad World" by Gary Jules and Michael Andrew as you contemplate the meaning of Christmas in this crazy, and sometimes obscene, world.

Want another anti-Christmas film that keeps it in the Gyllanhaal family? "Secretary" (2000)

Contemplate connection and everything in between as this film follows an older, has-been actor (Bill Murray) and a lonely newlywed (Scarlett Johansson) as they form a special bond while in Tokyo.

What did he say at the end of the movie? Were they together? Surely everyone has their own theories, and even the film's director, Sophia Coppola, doesn't know what Murray actually said. Bonus: in lieu of Christmas music, you can't beat the flawless soundtrack put together by Coppola.

Another classic from Coppola that gives anti-Christmas vibes: "Virgin Suicides" (1999)

Watch Catharine Deneuve play Carol, a manicurist who suffers from a pathological fear of being around men. This psychological thriller explores Carol as she withdraws and succumbs to a host of hallucinations that drive her to insanity. Perfect for those who just can't deal with social interaction this holiday and love a good psychological thriller.

For something with more of a pick-me-up, Will (Matt Damon) is a troubled mathematical genius. Following his arrest, a professor at MIT (Stellan Skarsgard) makes a deal so he can be released. The professor takes him under his wing as Will seeks therapy with Sean Macguire (Robin Williams.)

The struggle Will has to go through to come into his own and find the support he needs sure has a wonderful familia tone to it. It makes it perfect for those who want something heartwarming without being obvious or annoying.

This is the perfect film when you want a love story but can't stand the unrealistic expectations of most romantic films. Following a car accident, what was a happy marriage for a young couple turns into a struggle after Paige (Rachel McAdams) suffers amnesia and can't remember her former life with her husband, Leo (Channing Tatum).

What makes this film special is it lacks that perpetrated, and fairly unhealthy, notion that the main couple has to save each other in some way or another. The female lead isn't swept off her feet. She's independent, finding her own way. In fact, the film shows how expectation and waiting for the "magic" to run things doesn't mean a happy outcome. Sometimes things just take time, acceptance, and finding yourself in order to be with the right person.

This one may be a little obvious, but I can't imagine an anti-Christmas movie list without this film. A depressed man suffering from insomnia (Edward Norton) meets Tyler Durden (Brad Pitt) and the two form an unlikely partnership as they start an underground fight club. The chaos in this movie is everything, and everything you could need to sort through any bitter feelings you have toward the holiday.

Want another great anti-Christmas film by David Fincher? "Se7en" (As if you don't already say "What's in the box?!" every time it takes someone too long to open a present at Christmas.)

Another somewhat dark but powerful pick-me-up, "Perks of Being a Wallflower" follows Charlie (Logan Lerman), a high school freshman as he struggles with fitting in. While it can be a bit dark as it muddles in emotional turmoil at times, the journey director  (and author to the book) Stephen Chbosky visualizes is warmly driven and delivers an emotional and celebratory story of youth and support.

Now go, relax, enjoy some time to yourself and contemplate life outside the bounds of the holiday.