How to participate in Monday's 2001 NBA Finals Game 1 rewatch 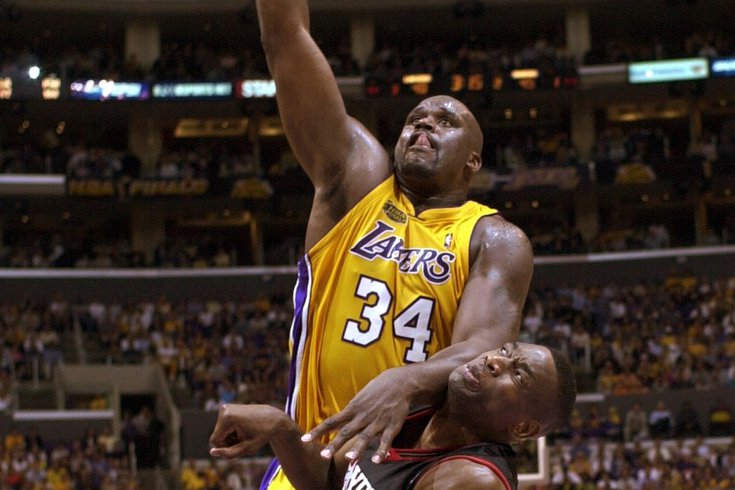 Shaq was hard to contain for the Sixers back in 2001.

Without current games to keep us all occupied at night, PhillyVoice is taking a trip down memory lane to continue watching the Sixers. Our series of Retro Observations will begin Monday with a classic, beginning with Allen Iverson's iconic Game 1 performance from the 2001 NBA Finals, when the Sixers pulled off a huge upset against the Shaq-Kobe Lakers.

As I explained on Friday, these rewatch will all take place on weeknights that otherwise would have featured Sixers games, and thanks to the power of YouTube we are able to do so together. I'll have a story filed immediately after the game ends with my own thoughts on what I saw, and the hope is that you'll share memories of the game (and in this case, the series) from that time 19 years ago.

So here are the two methods you can use to follow along with the game at the same time as everyone else:

Method 1: Use this specific YouTube link, which picks up with Game 1 moments before the opening tip-off. For those of you who want to watch on mobile, or a smart TV, or another device using the YouTube app, this will work just fine with one caveat — you have to start the game at 7:30 on the dot, as I will be on my end. Again, the YouTube link is HERE.

Method 2: Through a service called Watch2Gether, I have created a room that will effectively serve as the broadcast for the game if you want to be synced up. If you're pulling it up on a bigger screen a la computer or a laptop, there should be no issue with the size of the video, though I can't say the same on mobile. As a bonus, there is a chat function within Watch2Gether, so if you're not a Twitter person, you can chime in with instant thoughts there instead. Use THIS LINK at 7:30 eastern or later and you'll jump right into the moment in the game everyone else is at.

In either case, we are starting at 7:30 p.m. Eastern, so be there or be square. No delays for pregame introductions and national anthems around these parts.

The hope would be that we can tweet and talk about the game in real-time like we would a normal Sixers game. Since we're starting this series with Iverson's huge Game 1, let's go with #StepoverRewatch for the hashtag if you want to get involved, and please feel free to tweet at me personally at any point during the game, as I may or may not have done some of my work ahead of time for the game.

If you haven't gone stir crazy from self-quarantine yet, let's have some fun.