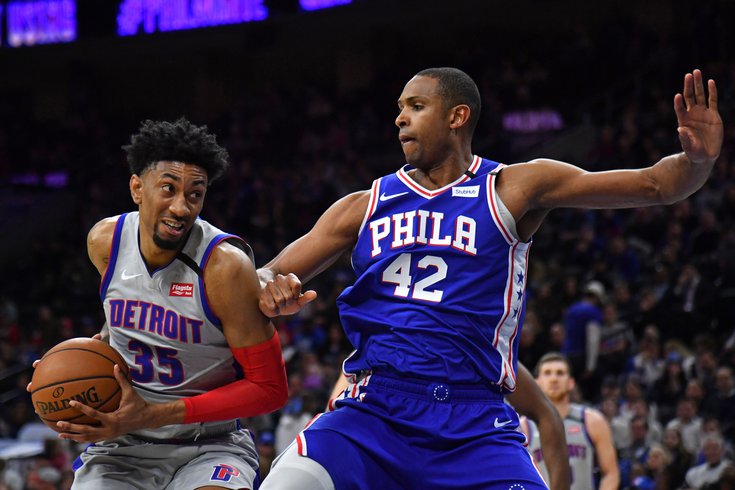 Detroit Pistons’ big man Christian Wood has tested positive for coronavirus, just days after facing the Philadelphia 76ers at the Wells Fargo Center on Wednesday night, according to Shams Charania of The Athletic.

Detroit Pistons’ big man Christian Wood has tested positive for coronavirus, just days after facing the Philadelphia 76ers at the Wells Fargo Center on Wednesday night, according to Shams Charania of The Athletic.

Wood, who has reportedly “shown no symptoms and is doing well," becomes the third NBA player to test positive for COVID-19. Utah Jazz center Rudy Gobert tested positive for the virus on Wednesday night, as well as his teammate Donovan Mitchell on Thursday morning.

Before facing the Sixers this past Wednesday night, Wood played against the Gobert and Mitchell-led Jazz last Saturday. The 24-year-old Wood previously played for the Sixers during his rookie season back in 2015-16, as well as for their G League affiliate, the Delaware Blue 87ers (now known as the Blue Coats), that same season. He would play for the 87ers again during the 2017-18 season.

The news of Wood’s test results comes just days after Sixers players were advised to self-quarantine following Wednesday’s game against Detroit, the last one played by the 76ers before the NBA indefinitely suspended its season.

No Sixers players have yet to test positive for COVID-19, but the team said that precautions were being taken “based on our recent game schedule and who we played, and we are in the process of organizing for our players to receive COVID-19 testing, as well as testing for staff who came in close contact with our players or exhibit symptoms."

When asked if the Sixers or the health officials they were consulting with had recommendations with regard to testing and/or self-quarantine for people who were in attendance for last Wednesday's game against the Pistons, a Sixers official said they did not currently have information on that matter, and that the team had been initially focused on their own employees.

NBA Commissioner Adam Silver said on Thursday night that play will not resume for at least 30 days.

The Wells Fargo Center announced on Thursday afternoon that it would close down for the rest of the month in order to mitigate the spread of the virus at sporting events and concerts at the arena.