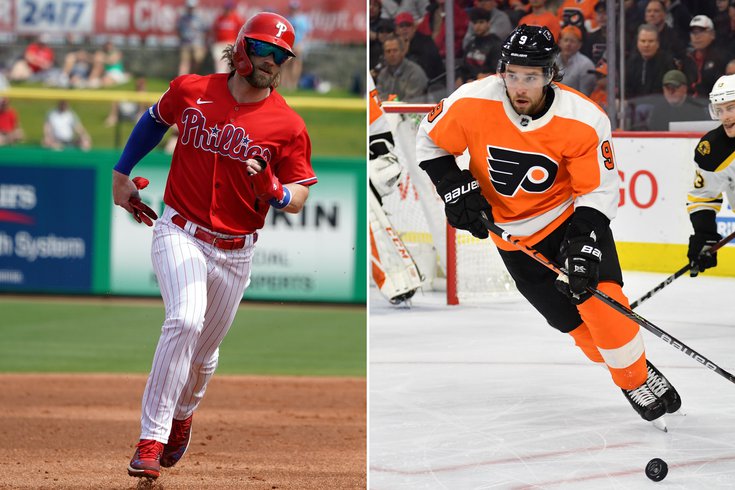 Both the National Hockey League (NHL) and Major League Baseball (MLB) have joined other major sports leagues and organizations to shut down operations as a response to the rapid spread of the coronavirus across the U.S.

Philadelphia Flyers and Phillies fans, be prepared to go without hockey and baseball for the foreseeable future.

Both the National Hockey League and Major League Baseball have joined other major sports leagues and organizations to shut down operations as a response to the rapid spread of the coronavirus across the U.S.

The NHL made its decision official on Thursday afternoon.

"In light of ongoing developments resulting from the coronavirus, and after consulting with medical experts and convening a conference call of the Board of Governors, the National Hockey League is announcing today that it will pause the 2019-20 season beginning with tonight's games” the league said in a statement.

"We will continue to monitor all the appropriate medical advice, and we will encourage our players and other members of the NHL community to take all reasonable precautions -- including by self-quarantine, where appropriate,” the league continued. “Our goal is to resume play as soon as it is appropriate and prudent, so that we will be able to complete the season and award the Stanley Cup. Until then, we thank NHL fans for your patience and hope you stay healthy."

MLB’s decision to suspend the rest of spring training and delay the start of the regular season, which was originally reported by Jeff Passan of ESPN, was made official later on Thursday after a conference call between owners and Commissioner Rob Manfred.

"Following a call with the 30 clubs, and after consultation with the Major League Baseball Players Association, Commissioner Robert D. Manfred Jr. today announced that MLB has decided to suspend Spring Training games and to delay the start of the 2020 regular season by at least two weeks due to the national emergency created by the coronavirus pandemic," MLB said in a statement. "This action is being taken in the interests of the safety and well-being of our players, clubs and our millions of loyal fans."

"Nothing is more important to us than the health and safety of our players, employees and fans. MLB will continue to undertake the precautions and best practices recommended by public health experts," the league said. "We send our best wishes to all individuals and communities that have been impacted by coronavirus."

The news of the NHL and MLB shutting its doors for the time being comes after other major sports leagues and organizations have adopted similar measures to combat COVID-19 across the country.

Those other sports leagues and organizations include the National Basketball Association (NBA), Major League Soccer (MLS), and the U.S. Soccer Federation.

College athletic conferences such as the ACC, A-10, American, Big Ten, Big 12, Big East, Pac-12, and SEC have all cancelled their postseason basketball tournaments. The first conference to call off its postseason tournaments was the Ivy League earlier this week.

The PGA Tour’s Players Championship is still to scheduled be held this weekend at TPC Sawgrass in Ponte Vedra Beach, Florida, but that no fans will be allowed at Tour events through the next month before the Masters Tournament, the first major of the golf season, is held in April at Augusta National Golf Club in Georgia.

The NCAA announced on Wednesday that its men’s and women’s basketball tournaments will continue without fans, but no decision has been made yet over whether or not either tournament will even be played at this point.