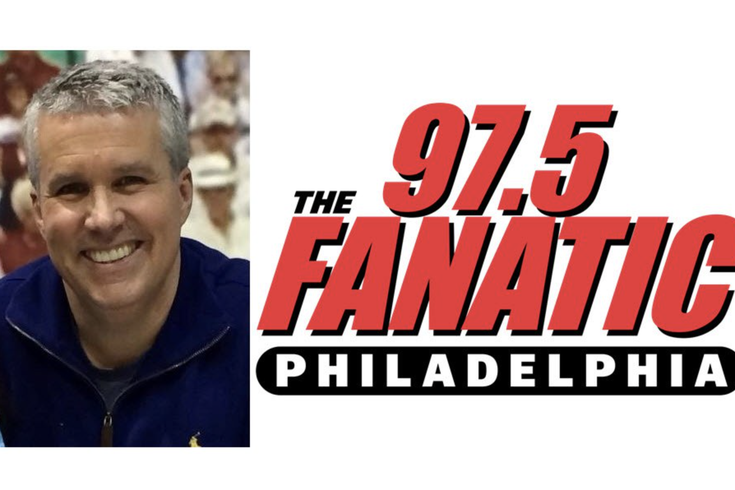 John Kincade is the new morning host at 97.5 The Fantatic. The Broomall, Delaware County native returns to the Philadelphia sports talk radio market after two decades in Atlanta.

Farzetta revealed Monday that he had been let go by the The Fanatic, fueling months of speculation from CrossingBroad that Kincade might be in line for a job somewhere in Philadelphia sports radio.

"We have a very clear vision for what we want to accomplish at the station and adding John Kincade is a giant leap towards accomplishing those goals," station program director Chuck Damico said. "Our team is thrilled that he chose 97.5 The Fanatic for his homecoming to Philadelphia. We're excited about the future!"

In the early 1990s, Kincade was a contributor on the morning show at rival SportsRadio 94WIP, where he considered longtime host Angelo Cataldi a mentor. Curiously, the same was the case for Farzetta, who previously worked with Cataldi at WIP before becoming his direct competition in the mornings at The Fanatic.

Kincade spent two decades co-hosting "Buck and Kincade" on 680 The Fan in Atlanta. Before that, he hosted the "The John Kincade Show" on CBS Sports Radio, broadcast nationally on ESPN Radio for 15 years. Kincade also has co-hosted "The BIG Podcast with SHAQ" since 2015 on PodcastOne.

"It is with immense honor and pleasure that I've been given the opportunity to return home to Philadelphia thanks to Beasley Media Group and the leadership of 97.5 The Fanatic" Kincade said.

For 97.5 The Fanatic, it will be another attempt to cut into Cataldi's loyal audience, who has been with WIP for three decades and signed a multiyear contract extension late last year.

Kincade said he's excited to work with the talent at 97.5 The Fanatic.

"It became clear to me that joining the team at The Fanatic was the best place for me to start this next chapter," Kincade said. "With guys I have long respected like Mike Missanelli and Anthony Gargano already there, I knew it would be an honor to join their team."