A pop album on deck for Andrea Bocelli?

Bocelli, one of the world’s most celebrated tenors, discusses his humble beginnings; he sings Friday in South Philly 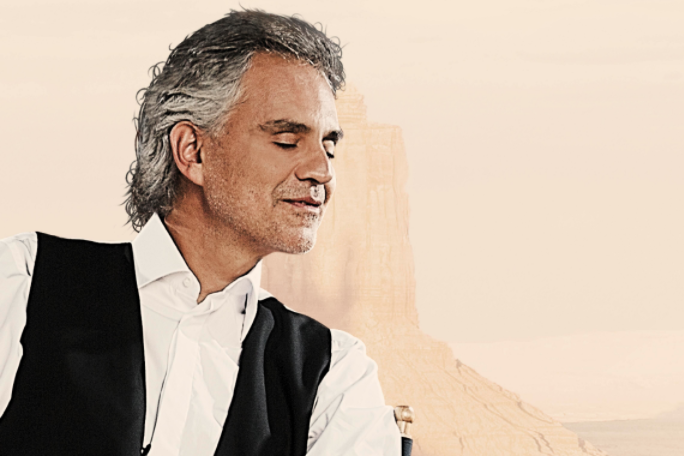 “I'm still amazed by the benevolence that the public shows me,” Bocelli says.

Some entertainers enter the game late.

Jeff Foxworthy was part of the corporate machine at IBM for nearly a decade before he switched gears to become one of the most successful comics of all time. Boston mastermind Tom Scholz was on the Polaroid staff before putting down the camera and picking up the guitar, full-time.

Andrea Bocelli was a lawyer before taking a chance as a vocalist.

“I’m so happy I tried to become a singer,” Bocelli said through a translator via e-mail.

“I have to say that my voice is a gift that is heaven-sent and of which I have no merit at all. I have tried to honor this talent with much study and self sacrifice.”

The humble Italian tenor realized he had a gift as a child while admiring venerable vocalists.

“My love for music has always been part of me,” Bocelli said.

“I, myself, used to sing when I was still a child, imitating my heroes from Enrico Caruso to Beniamino Gigli, Maria Del Monaco to the unequaled Franco Corelli, whose records I literally used up.”

“When I first trod the stage, I was about 8 years of age, in the course of the recital at the end of the school year,” Bocelli said.

“I remember a small, wooden stage in the recreation room of my boarding school. Full of anxiety and emotion, I sang ‘O sole mio.’ It was the first real applause outside my family. When I was 12, I was pushed by an uncle of mine to take part in a competition organized by the Caffè Margherita of Viareggio [on the Tuscan Coast]. I won, and it was my first success. As a self-taught teenager, I gave my first concert in a small village in my Tuscany, not far from where I was born.” 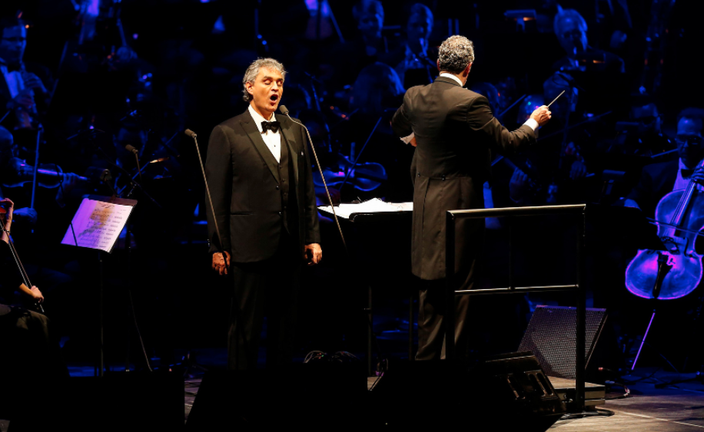 “My love for music has always been part of me,” Bocelli said.

These days, the blind Bocelli, who will perform Friday at the Wells Fargo Center, is at the top when it comes to classical crossover and opera. Bocelli, who performs around the world, has become one of the most popular singers on the planet.

More than 10 million copies of his single, “The Prayer,” have been sold. Bocelli has been a hot ticket for a quarter century.

“I'm still amazed by the benevolence that the public shows me,” Bocelli says. “I am happy to bring the treasure trove of wonders that is the opera repertoire.”

It’s not just the public that is enamored by Bocelli, who has sold more than 80 million records worldwide. Such icons as the late Elizabeth Taylor and Oprah Winfrey have each stated that Bocelli’s voice is one of the most beautiful in the world. Celine Dion went a step further.

“If God would have a singing voice, he must sound a lot like Andrea Bocelli,” Dion said during her 1998 Christmas special, "These Are Special Times."

“As I always say, congratulations are as meaningful as awards,” Bocelli said.

“I find their truest meaning in the affection that generates them. There are beautiful voices all around the world, I am perfectly aware of that, and there are young colleagues brilliant and very gifted too. As far as Celine is concerned, she is a dear friend and she wanted to offer some overly positive judgments, to give a measure of her personal and professional esteem which is undoubtedly reciprocal.”

Bocelli has started work on the follow-up to 2015’s “Cinema.”

“The project of a pop album is in the operational phase,” Bocelli says. “But at the moment, I cannot say a word about it. It is top secret!”