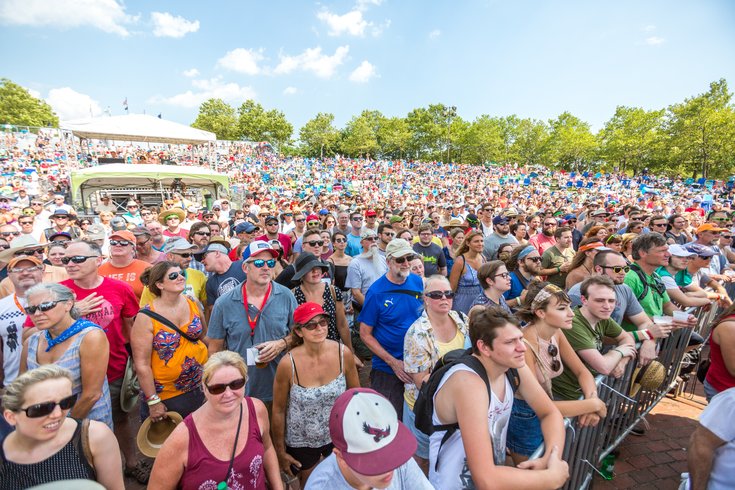 Like the XPoNential Music Fest, the Firefly Music Festival draws hundreds every year.

The company behind the Coachella Valley Music and Arts Festival, one of the largest festivals in the nation, has a new event in its roster: Delaware's Firefly Music Festival.

Firefly has been held annually in June since first launching in 2012, most recently welcoming Kendrick Lamar and the Killers as headliners. Los Angeles-based production company AEG Presents announced its acquisition of the festival Wednesday.

RELATED:
Made in America is moving and Jay-Z pens his upset to Mayor Kenney

This is not AEG's first involvement with Firefly. In 2014, the company and its subsidiary, Goldenvoice, which founded Coachella, became Firefly's majority owner to help produce and promote the festival in partnership with Chicago-based Red Frog Events. The new announcement marks the AEG's full ownership.

Red Frog was looking to sell last winter, the News Journal reported. They entered into talks with AEG to purchase the remaining shares.

When AEG first entered the picture, it was credited with getting Paul McCartney to Firefly as a headliner. That year, the festival reached a 90,000-person crowd for the first time.

Though AEG manages other festivals nearby, including New York's Panorama event, AEG has no plans to consolidate the two festivals, saying they produce little cross-sales.

Though it's too early to say what specific changes in the festival the new ownership will yield, there is at least one major change noted for next year's event. The weekend of the festival -- which overlapped with Father's Day weekend every year -- is moving so as not to conflict with Bonnaroo, which announced it was moving its festival to that same weekend. Firefly will instead be held the weekend after, June 20-23, 2019.

Nonetheless, AEG told the Journal that Firefly will not suddenly get a Ferris wheel and start looking like Coachella.

"Coachella is a unique situation, in a desert. You can go on and on about why it's unique, but similarly, Firefly is unique."" said Melissa Ormond, chief operating officer of festivals for AEG.

"In the Northeast, in The Woodlands with a fantastic environment and camping, many of the festivals that we own are not camping festivals. We wouldn't look to replicate any of our festivals anywhere across the U.S."

Some of the team that previously managed Firefly are now joining AEG, including Firefly Director and co-founder Stephanie Mezzano.